Arsenal fans think they have spotted the ideal midfield partner for Thomas Partey with the future of Swiss midfielder Granit Xhaka uncertain and have urged their manager to make a move for Fulham's Mario Lemina after his display against Manchester United.

There are media reports that the coaching staff at Arsenal are convinced their midfielder Granit Xhaka will be leaving the club in the summer and a need to bring his replacement could be a primary priority for the club.

Matteo Guendouzi and Lucas Torreira are certain to be sold by the club upon the expiry of their loan spells at Hertha Berlin and Atletico Madrid respectively with Torreira expressing his desire to join Argentine side Boca juniors. 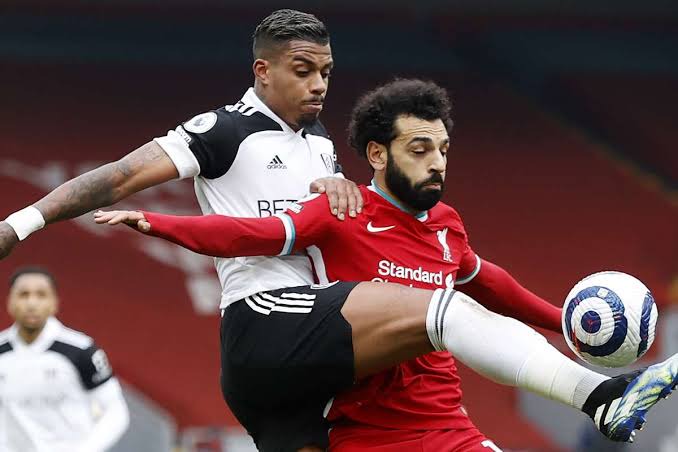 Mario Lemina could just be the cheap available option that their club should be looking to bring to the Emirates Stadium should Stan Kroenke fail to back their manager with a hefty transfer kitty to rebuild their squad.

The former Juventus and Southampton midfielder will have suitors pursuing his signature in the summer after his impressive display against Manchester United in the one all draw on Tuesday.

Lemina could guarantee steel in the middle of the park alongside Partey as the two could sit and screen out the defence allowing the flair player like Emile Smith Rowe to focus on creating goal-scoring chances.

Arsenal supporters were left pleased with Lemina and have urged Edu and Mikel Arteta to consider signing the robust box-to-box player who in the winter transfer was a target for premier league champions Manchester City.

"How much will Fulham demand for Mario, he cannot be playing Championship football next season surely." said a second fan.

"A midfield of Partey and Lemina guarantees security, never afraid of the ball, strong in the tackle and decent passer." Raved a third supporter.

Four Simple Tricks To Use When Applying For a Job

Reasons Why Most People Remain Poor For A Long Time

Mixed Reactions As Another Celebrity Gets Accused For Child Neglection

Does Covid-19 Vaccine Interfere With Ones Fertility? Find Out