By AdamuNaAwa (self meida writer) | 23 days 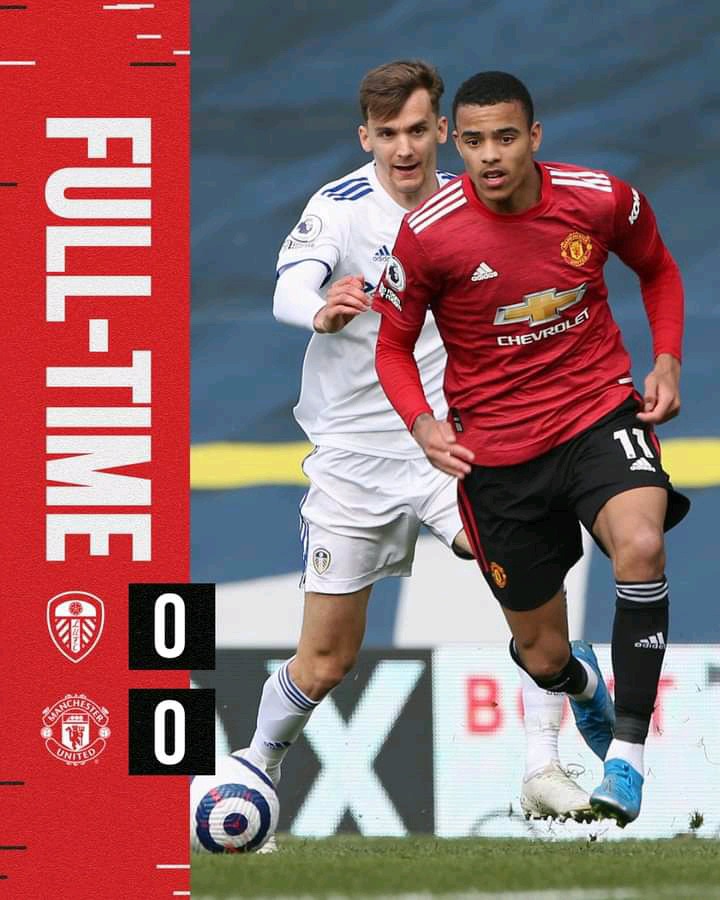 At Elland road, points were share between the Leeds united and Manchester United after a goal less draw in today's game. They both played very well but the results was not on fans expectations as they had hoped for a win. 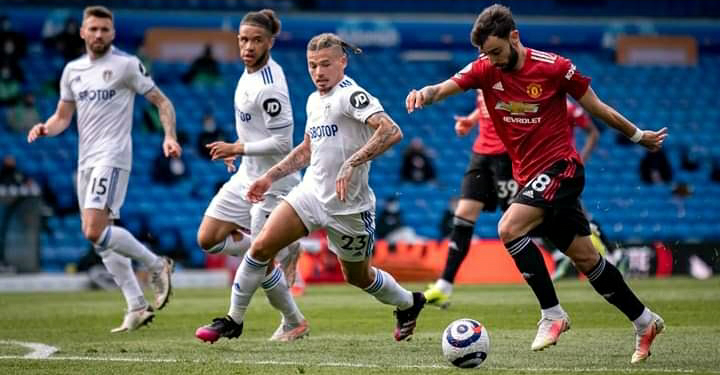 The man united fans had foreseen the win after they had possessed the ball throughout the game. They were also not happy with Ole Gunnar's starting XI as Paul Pogba and Edison Cavani were on the bench. They hoped that they would have been brought early so as to at least make a change. The man United fans have said this draw with Leed s has given Manchester City high chances of winning the Epl at Only 5 game weeks are left. 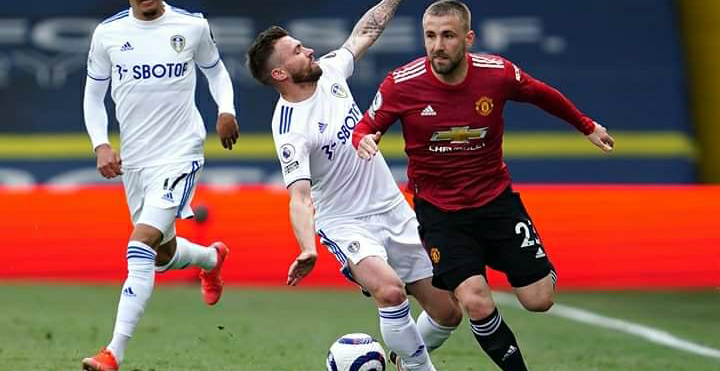 The red devils are ten points behind the leading team Man city after todays draw while Leeds United are one point ahead of Arsenal who are 9th on the table. Here are some of the red devils fans reactions after the game 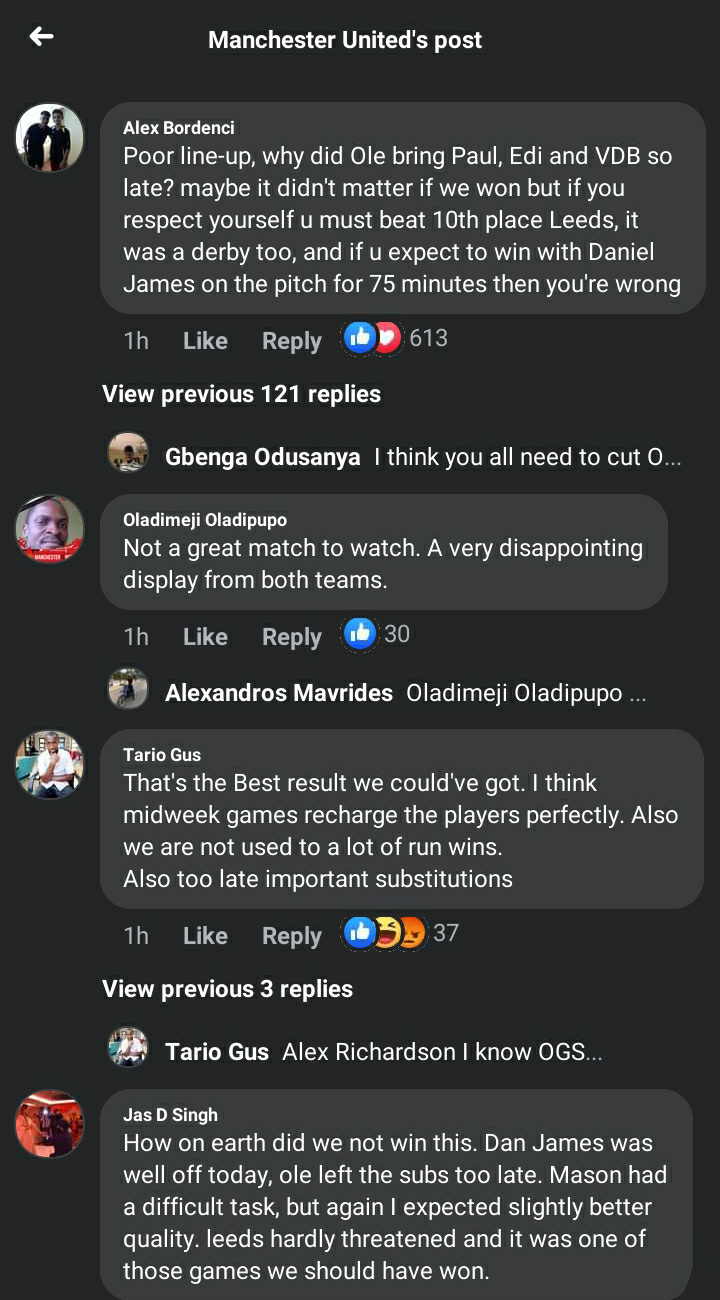 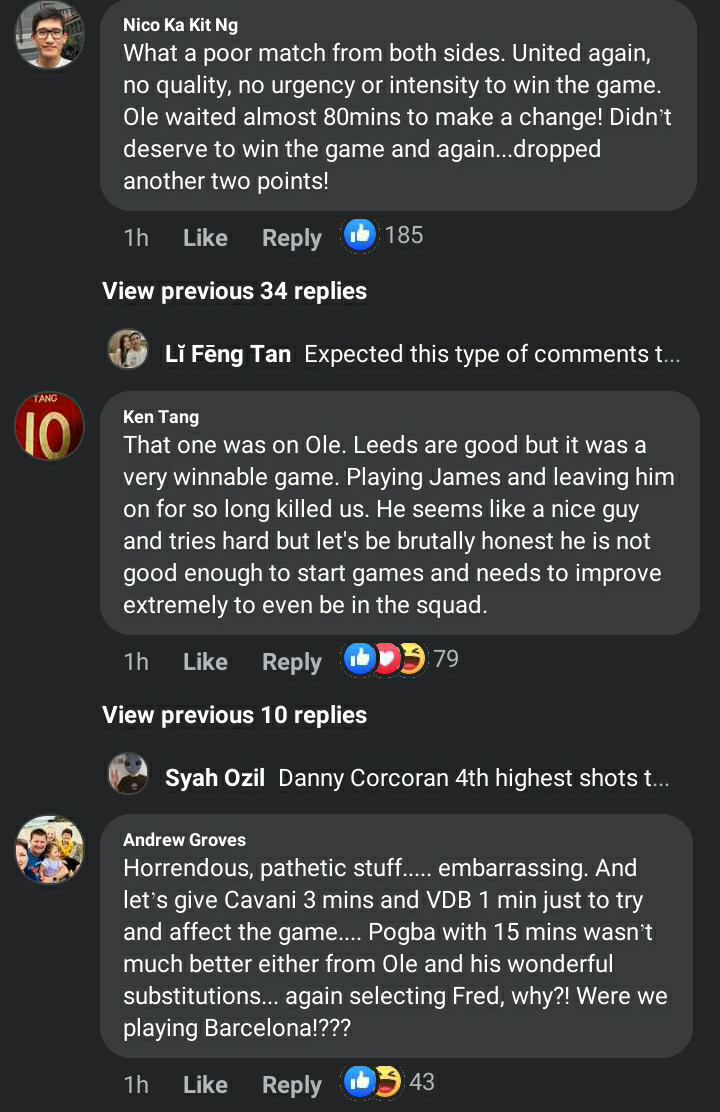 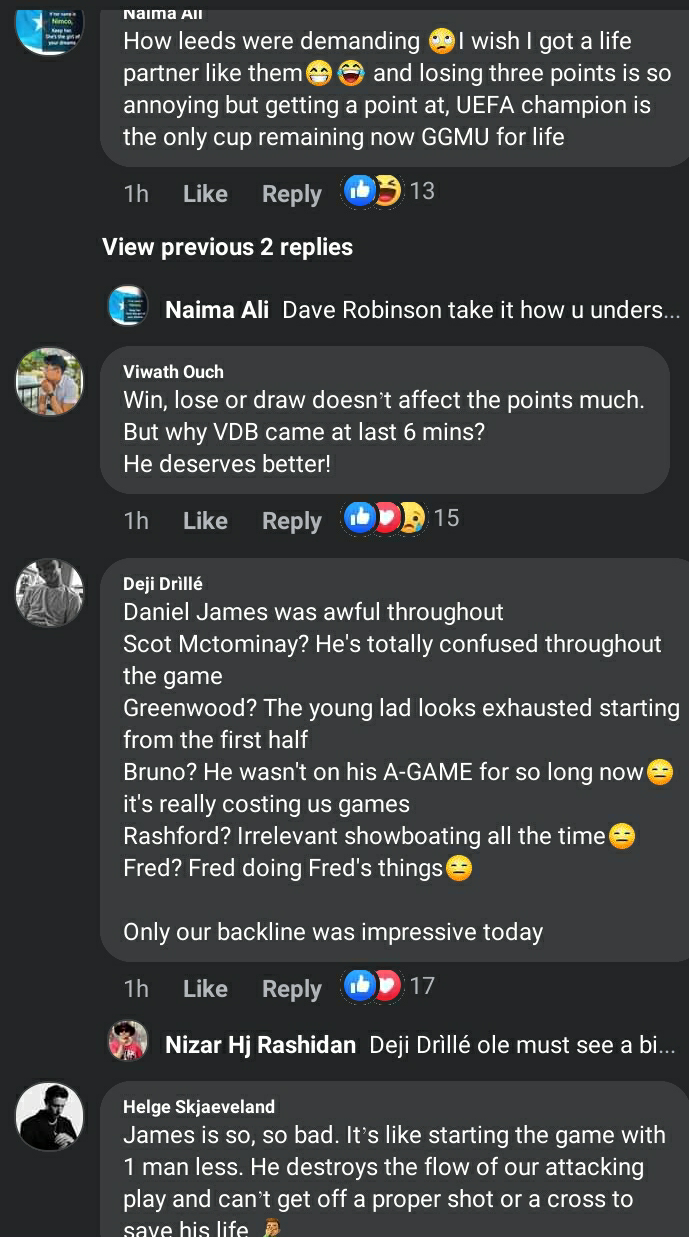 Do you think Ole starting XI and the points shared is enough for the red devils?

Babu Owino, Otiende Amollo Among Top Performing MPs In Kenya According to the Latest Opinion Poll

Pray This Simple For God Does Not Delight On Meaningless Words.

KMTC Courses and Their Minimum Requirements For 2021/2022 Intake

After Reading The Following Verses You Will Desire To Seek The True Happiness Of God Forever.

Bahati And Zuchu To Perform At The African Day Concert