West Ham United will play in this match coming off the back of a 1-1 Premier League tied result versus Brighton & Hove Albion.

Chelsea will come into the game following on from a 1-2 Premier League win to beat Watford in their previous fixture.

In that match, Chelsea had 50% possession and 8 attempts on goal with 4 of them on target. For Chelsea, the goals were scored by Mason Mount (30') and Hakim Ziyech (72'). Watford had 13 shots on goal with 6 on target. Emmanuel Dennis (44') scored for Watford.

A series of very capable showings by the Chelsea defensive unit has seen the number of goals they’ve conceded standing at 3 from their past 6 fixtures overall. Over that same period of time, their own attack force has managed to score 12. We will see whether or not that trend will be sustained here.

Ahead of this meeting, Chelsea have not been beaten in their last 7 away league matches. 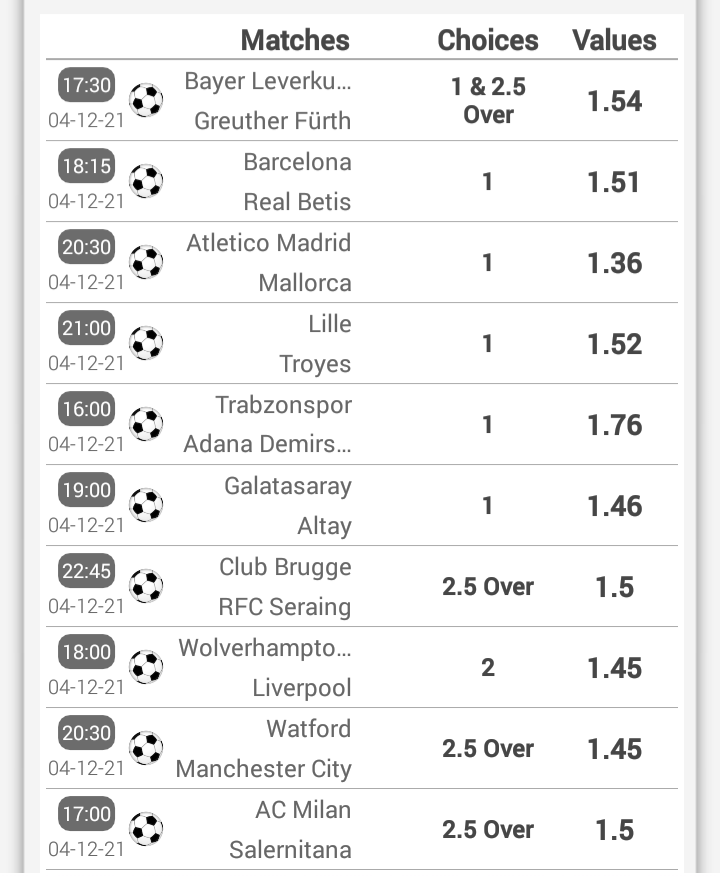 Southampton prepare for this match coming off the back of a 2-2 Premier League drawn result vs Leicester City.

In their past six fixtures, Ralph Hasenhüttl's Southampton have scored 6 times - an average number of goals per match equal to 1.

In their last fixture, Brighton drew 1-1 in the Premier League match with West Ham United.

Looking at their form, and Brighton have been scored against in 5 of their last 6 games, conceding 8 goals in total. At the back, Brighton & Hove Albion can certainly do much better.

Wolves head into this game following a 0-0 Premier League drawn game against Burnley.

Their most recent results highlight the fact that it has been a great time for the Wolverhampton Wanderers defence. Wolverhampton Wanderers have kept it tight, seeing the tally of goals that have flown into the back of their net during their past six matches standing at 4. Regardless, we’ll just have to find out if such a trend shall be replicated here in this game.

Liverpool go into this meeting following a 1-4 Premier League win with the defeat of Everton in their previous fixture.

A series of very capable showings from the Liverpool defence has resulted in their ‘goals against’ tally standing at 4 from their past 6 clashes in total. Over that same period of time, their own attack force has managed to score 18.