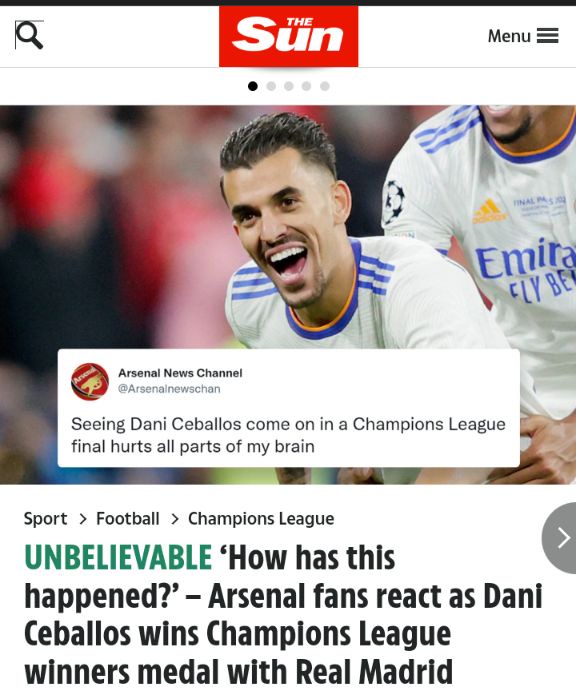 Arsenal are preparing for Europa League football in next season after they finished the last campaign in 5th in a Premier League table. Meanwhile the Gunners have enjoyed some good time in the past with on-loan players especially from Real Madrid. 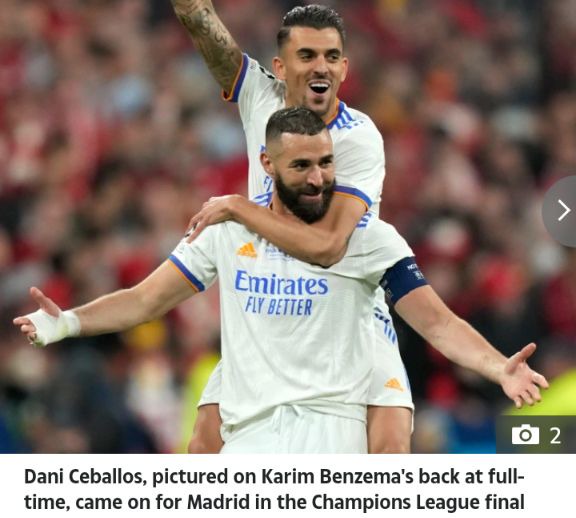 Now on permanent deal, Martin was initially on temporary basis at the Emirates stadium from the Los Blancos. So is another of Real Madrid midfielder Dani Ceballos who spent two years with the Londoners. From 2019 but unfortunately failed to impress the North London side despite 49 appearances on-loan. 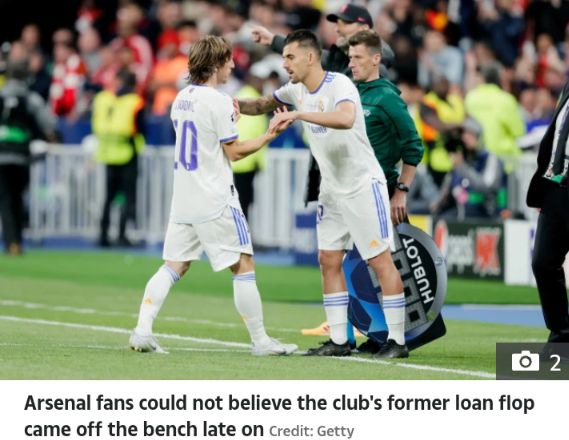 Unfortunately he had to make a return to the Laliga giants as in a last night Champions League finals. Where Real Madrid took on Liverpool in Paris he did came on as a substitute. As Modric was replaced in the 90th minute it was time for Dani Ceballos to help the team maintain their 0-1 scoreline and eventually won the title. 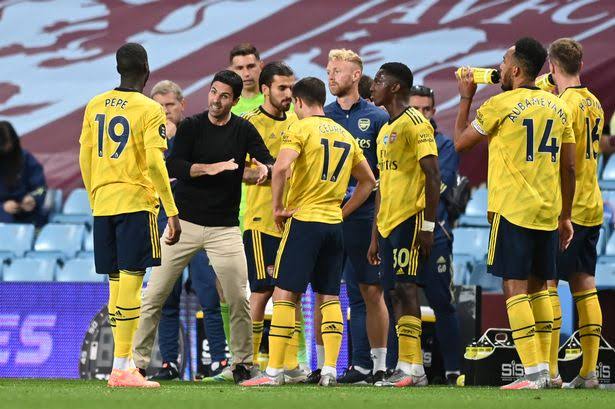 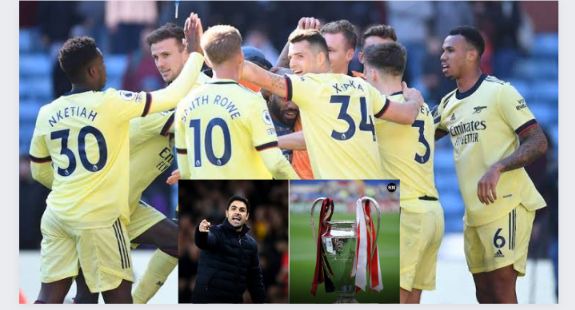 Lastly, "Dani Ceballos is a Champions League winner. Life is so confusing at times. "They all wrote. As Real Madrid win a Laliga title and Champions League trophy as well in the just concluded campaign. 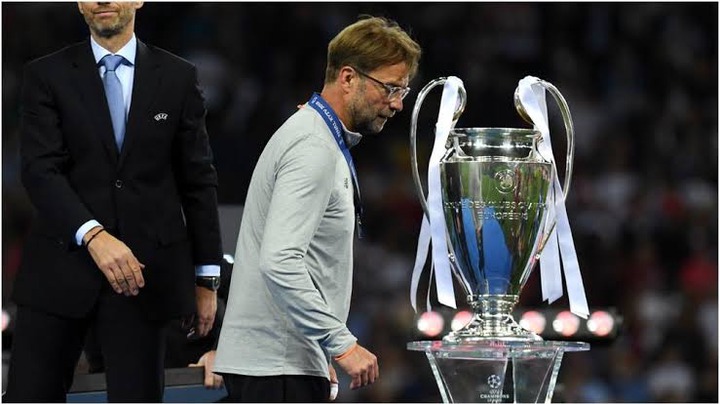