Erik ten Hag has already left his former club Ajax and has started working on Manchester United. Despite not been in full control at the moment as interim manager Ralf Rangnick prepares the team for the last match of the season, Erik has already started identifying suitable players who should join the club. After creating an elite squad at Ajax, Manchester United board and all the fans are looking forward to him doing the same at their club. This is a continuous and long process, but for Manchester United, it has to be hastened so that the team can be back to it's glory days as soon as possible.

With Ten Hag expected to make several signings to strengthen the squad, he has his eye on his former club and already has targets he wants the board to make it happen for him.

According to multiple reports, Erik ten Hag want to bring Jurrien Timber and Antony to Manchester United. Speaking to the press, he gave an indication that Manchester United is among the many teams that are interested in the 20 year old defender and striker respectively. 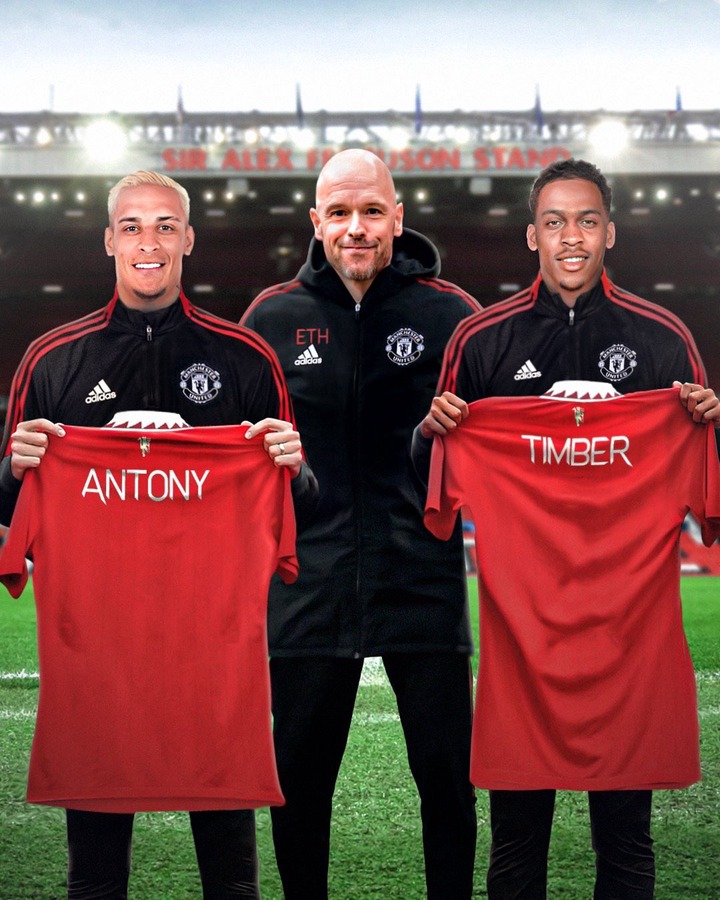 “I think all top clubs in Europe have Timber in their sights, but I think it applies to a lot of Ajax players at the moment. If Antony were to go, it would be a loss for Ajax. He is top class,” Ten Hag said.

This leaves Manchester United in a position to bid for the players. A reunion with their manager would work perfectly for Manchester United as they would continue where they were at Ajax. Other players who will be having a reunion with Erik ten Hag are Donny Van de Bek and possibly Barcelona star Frenkie de Jong.