By TAFITINEWS (self media writer) | 4 months ago

After Manchester City unexpectedly drew at Southampton on Saturday, Liverpool sensed an opportunity to make the title race a little more compelling and found themselves in front on eight minutes. 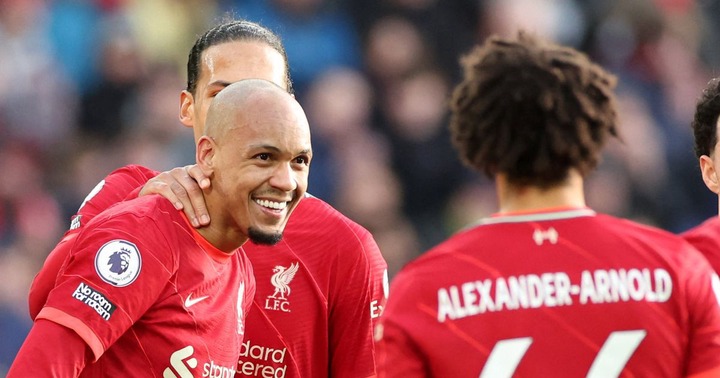 A shot from Jordan Henderson was tipped behind by the returning Vicente Guaita and from the resulting corner, Virgil van Dijk powered home Robertson’s delivery. The favourites were playing at an unrelenting pace and the second goal arrived on 32 minutes as Robertson flighted a back-post cross perfectly into the path of Alex Oxlade-Chamberlain, who slammed home past the advancing Guaita from close range.

Palace had the possibility of halving the deficit when Jean-Philippe Mateta fired a cross into the feet of Conor Gallagher, but the Chelsea loanee’s touch deserted him. Alisson then had to be alert to deny Michael Olise before the 20-year-old turned provider for Mateta, who tried to round the keeper before drawing a fingertip save from the Brazilian.

The ‘Eagles’ picked up where they left off after the break as Olise turned Robertson and found Gallagher, who nodded wide from point-blank range before Palace did get on the scoresheet as Jeffrey Schlupp coolly slid in Mateta, who squared for Odsonne Édouard to stroke home for his third goal in four league games.

Some travelling supporters may have been getting flashbacks to May 2014’s infamous ‘Crystanbul’ collapse as Joachim Andersen walloped narrowly wide with the atmosphere now at fever pitch. Heading into the last 20 minutes, the hosts looked the more likely to score next as Patrick Vieira brought on former Liverpool man Christian Benteke in search of an equaliser. Alisson came up trumps again to claw away Olise’s lob before the visitors closed things out when Diogo Jota was controversially awarded a penalty after colliding with Guaita and Fabinho tucked in the spot-kick.

The ‘Reds’ next face Cardiff City in the FA Cup in exactly two weeks’ time, with Vieira’s side hosting Hartlepool United the day before in the same competition