Harambee stars have played to world cup qualifiers already and there's much to take into consideration. The first game ended in a goalless draw against Uganda who are a football powerhouse in East Africa. The second game was a bit different given that it ended in a 1 all draw. 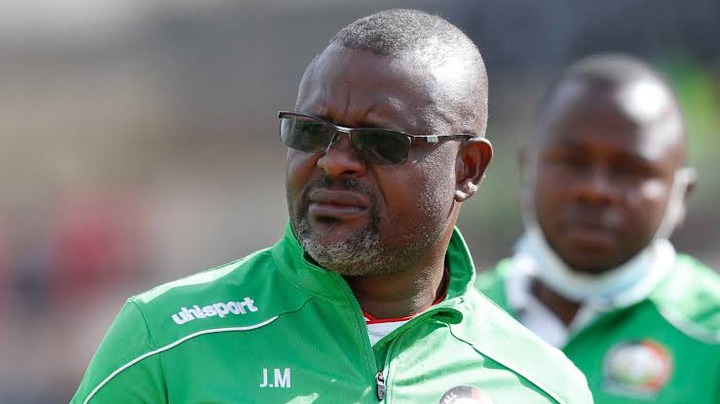 Kenyan first found the back of the net through Michael Olunga after Rwandan goalkeeper failed to hold on the ball. This result only adds one point to stars who now are 2nd in the group. Mali lead with 3 points having played one game. 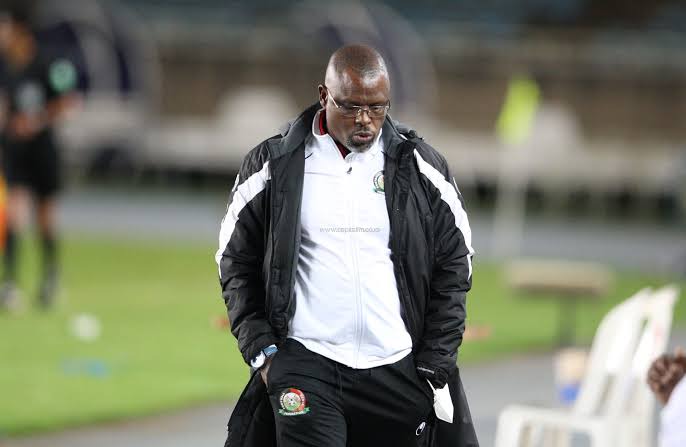 Questions have emerged about whether Kenyan coach Jacob Ghost Mulee is the right man to take stars to the next level. Failing to beat a weaker (in my opinion) side today meant a lot. His decision to leave our Victor Wanyama, Ayub Timbe and Johanna Omollo continues to raise concerns.

Harambee stars fans think otherwise of the Radio personality. Despite the fact that he took Kenya to the 2004 African Cup of Nations, his tactics look to be going wrong for him. A section of fans have hit out at the coach for not winning a game in the two qualifiers.

A game with African giants Mali won't be an easy one, Stars will have to put their best foot forward if they are to win it. Now do you think Jacob 'Ghost' Mulee is the right coach to take Harambee Stars to the upcoming 2022 Fifa World Cup in Qatar? 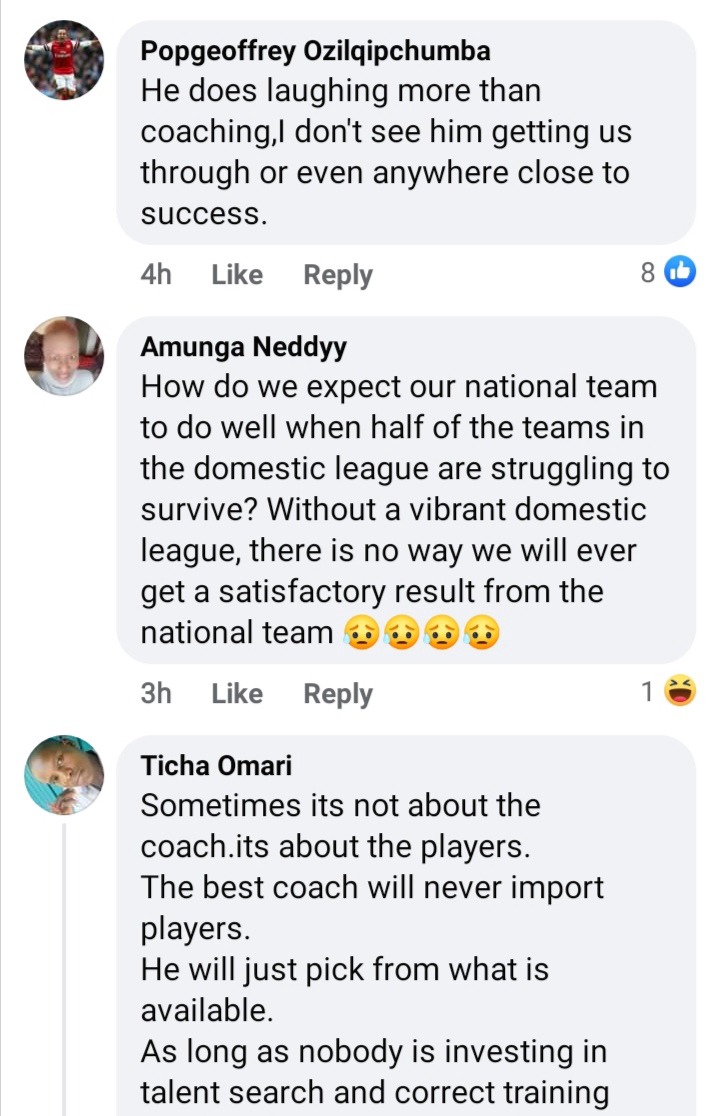 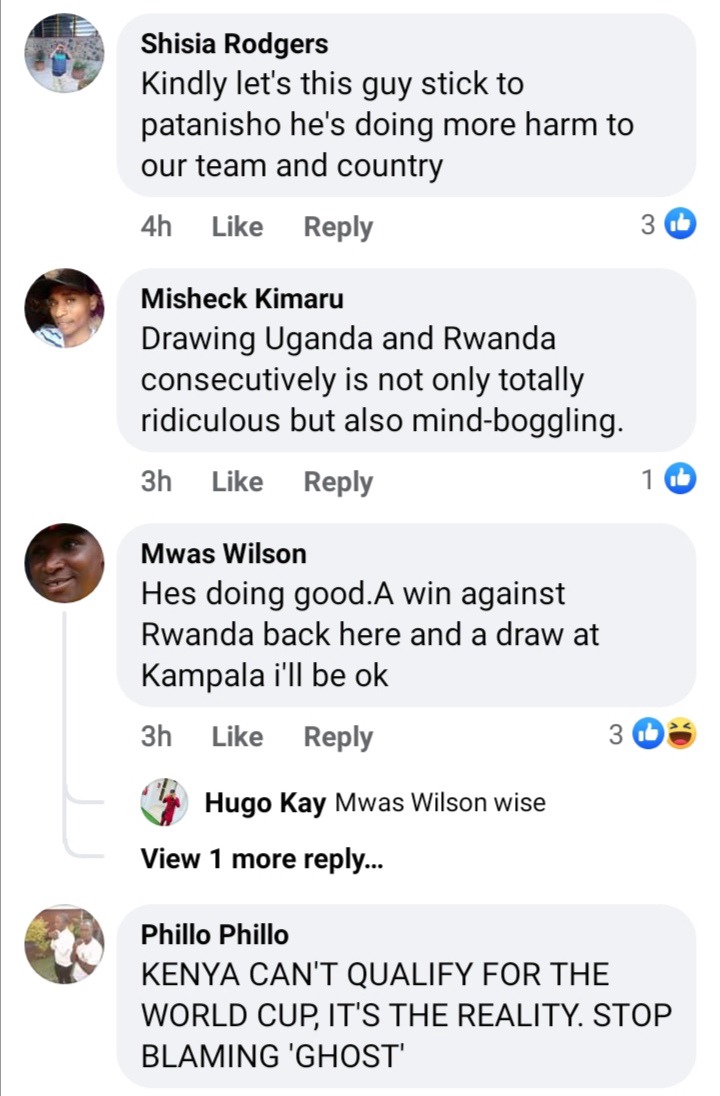 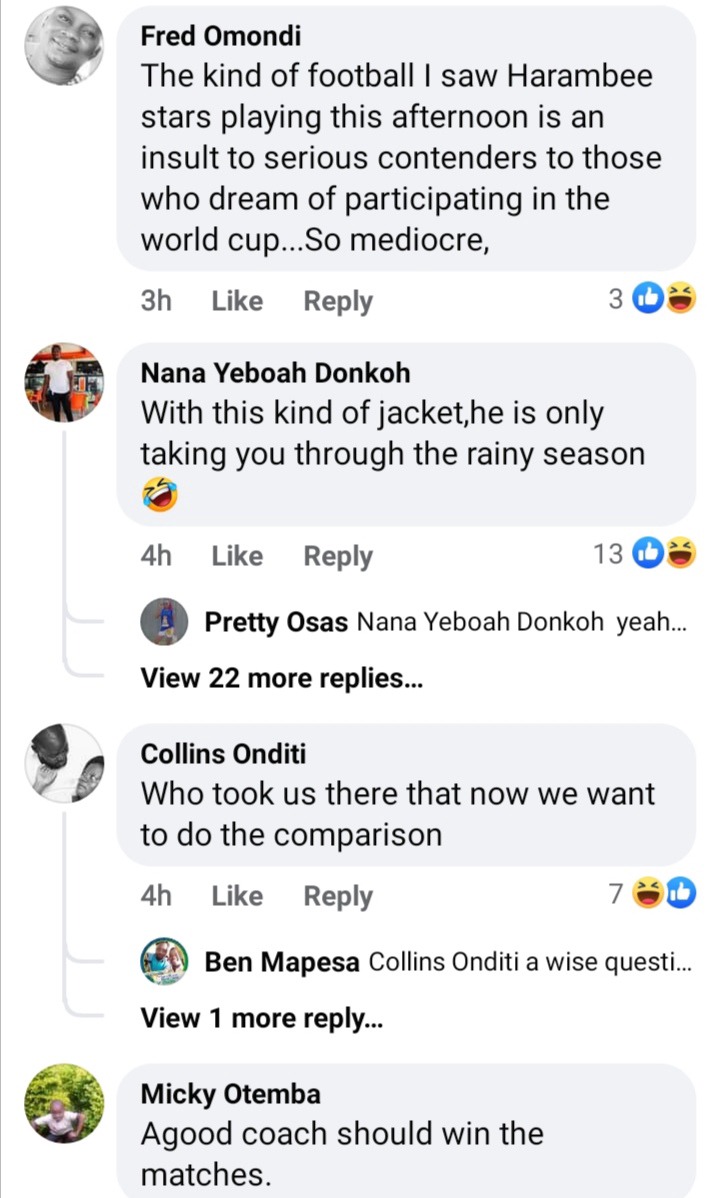 Check out some of the comments from Kenyan football fans after the draw against Rwanda.