Newcastle United may have changed owners and managers so far this season but given their current form there is no guarantee that Eddie Howe and the Saudi Arabia Publish Investment Fund will be in charge of a Premier League club come next season.

The Magpies’ winless start to the season stretched to 14 games in midweek as they were held by fellow relegation candidates Norwich, leaving them rock-bottom of the Premier League and six points adrift of safety.

A home fixture against Burnley represents a crucial opportunity for Eddie Howe to get three points on the board before a ruthless run of games against Leicester, Liverpool, Manchester City and Manchester United in December.

Burnley, like their hosts, sit in the bottom three heading into the weekend but unlike Newcastle they have actually managed to claim a victory this season.

Their 3-1 win over Brentford at the end of October marked the beginning of a four-match unbeaten streak, although their goalless draw with Wolves on Wednesday did make it three successive stalemates for Sean Dyche and company. 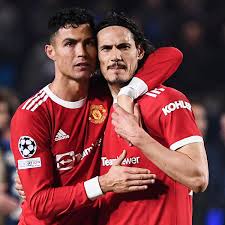 Kalonzo, Wanjigi and Gedion Moi Walk Out of Bomas After Learning that DP Ruto & Allies Were Present