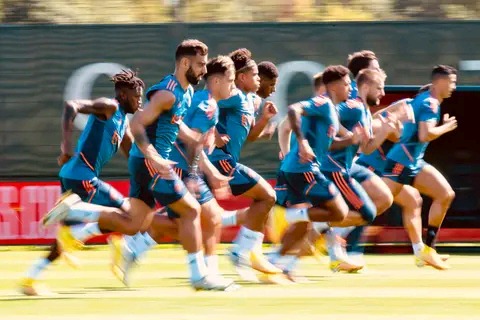 Manchester United are currently under a new manager who is trying to implement his style of play in old Trafford. So far the Manchester United manager Eric ten Hag has not found it easy as he has already lost his first two premier League matches against Brighton at home and Brentford away.

United main weakness as it was witnessed in those two matches is their midfield. They lack an out and out defensive midfielder. Ten hag had already identified that from the time he signed for Manchester United.

He has been pushing for the club to sign for him Barcelona midfielder Frankie De Jong. De Jong and Ten Hag had previously worked at Ajax before De Jong moved to Barcelona.

United have not succeeded with their deal to bring De Jong to Old Trafford. Most of the United fans had the feeling that Ten hag would turn to Manchester United academy graduate James Garner if the deal for De Jong fails to go through.

That has not been the case, Garner has not future in any of the two matches despite how Fred and Mactomney have been struggling in that area.

Last season Garner had a successful loan spell at the championship with Nottingham Forest. He help them rise to the premier competition for this season.

Garner can play in both the defensive and attacking midfield role and his key assets are always his long accurate passes.He is also a set piece specialist.

United have now decided to put him in their transfer list may be for a financial reasons of for the player to get more playing time. United decision to sell the midfielder may not go well with their fans as he is always a fans favorite. Tottenham Hotspur and Nottingham Forest are the teams who are interested in signing him. 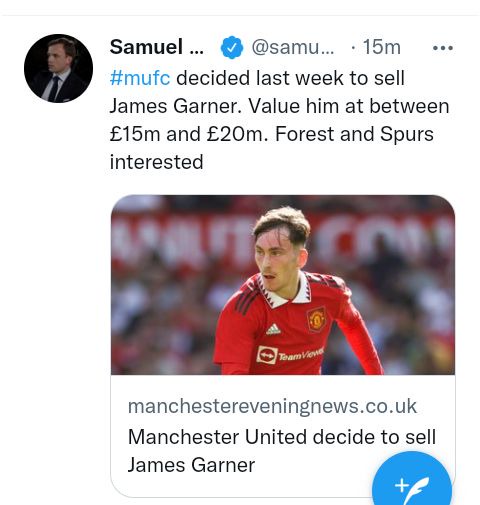