By _Tymoh (self meida writer) | 1 months 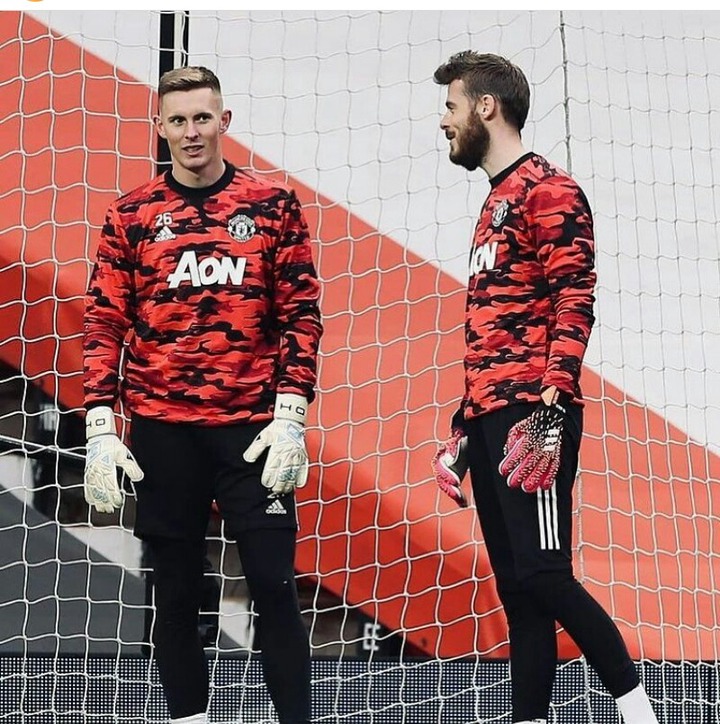 Manchester United qualified to play in the Europa league finals against Villarreal and will be looking forward to secure the title.Ole Gunnar Solskajaer the Manchester United has noted that he has to make tough decisions in choosing the first eleven squad for the finals.

David De Gea has had a good season and has lately been the goalkeeper behind the posts in cup competitions while Henderson seems to be integrated to the first team.Every Manchester United fan acknowledges David De Gea and the much he has served the club.He has the experience and is a good decision maker as well as his great quality.

Dean Henderson has shown great composure but still needs to learn a few things before he is integrated as Manchester united main goal keeper.For the Europa league finals Ole may consider De Gea. Over Henderson considering the amount of quality he put in the Roma Semi Finals Game that got Manchester to the finals.

The coach has already acknowledged that it will be a difficult decision to make citing himself when he was a player on how it was usually hard for Sir Alex to leave him out of the team despite his quality but still he sailed through.

Cars You Can Get for as Cheap as 200,000 Kenyan Shillings

How to Grow Your Calves

Why Granit Xhaxa's Switzerland May Beat Turkey in Their EURO Game

Is This Fair? Kenyans 'Castigates' Ruto Ally Because Of The Following Statement

Tanzania Issues an Alert Over a Looming Third Covid-19 Wave

Are You Planning to Start CPA Course, These are The Entry Requirements.