Arsenal agree to a deal for a top-rated PL striker, plus a look at Tierney's unique traits and more

Here are some of the most important Arsenal updates worth your time: 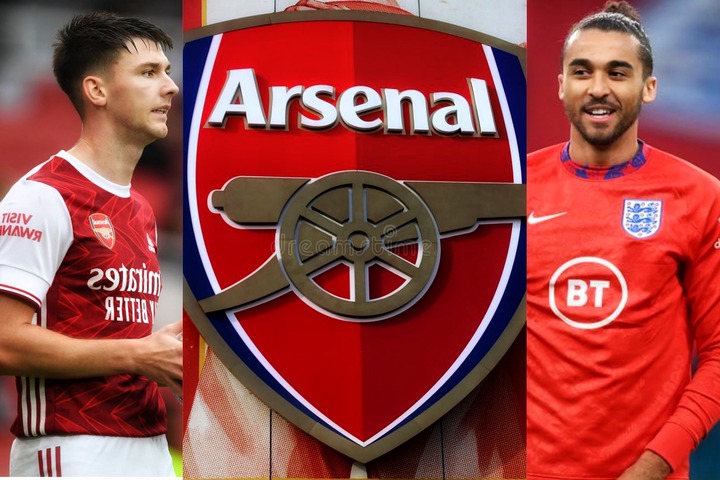 The Arsenal hierarchy has decided that Everton's Dominic Calvert-Lewin is the best striker to replace Alexander Lacazette when he leaves the club next summer. This is a bold move on their part, considering other highly rated strikers such as Ollie Watkins, Dusan Vlahovic, and Yousef En-Yesri have been heavily linked with a move to Arsenal next season, but Arteta and his team may see Lewin as a quick fix to their goal drought. Will Calvert Lewin consider leaving Everton for Arsenal? That is a question whose answer we may find out soon enough as time passes. 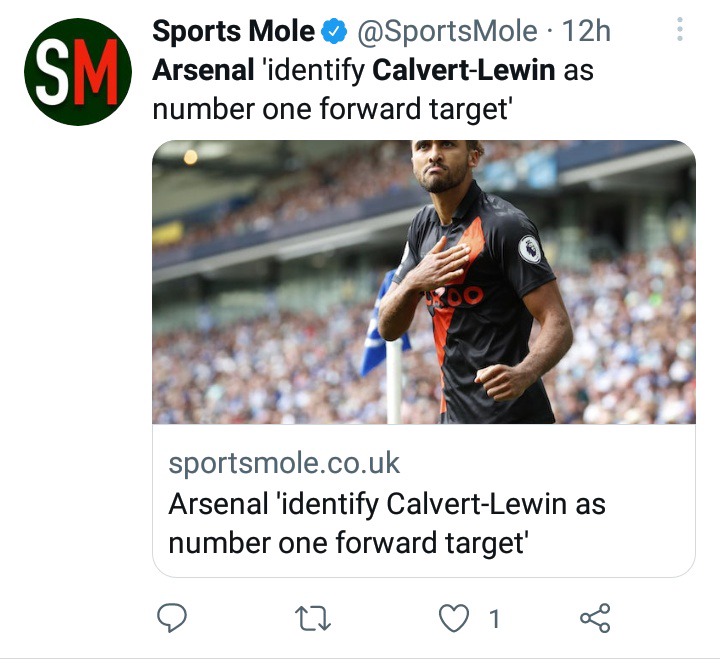 Jack Wilshere has been training with Arsenal for some time now after being given a chance by Arterta. Although many people are curious about how it feels for him to return to Arsenal, others want to know what his firsthand observations at Arsenal have been so far. In his most recent revelations to Talksport, Wilshere revealed that, surprisingly, Kieran Tierney is faster than Aubameyang and, if that wasn't enough, he even fronted Tierney as the player who would undoubtedly be handed the captaincy when Aubameyang's captaincy run ends. This is what he told Talksport in his own words: "He’s not been there the last few weeks, he’s been away with Scotland, but everyone has spoken about him being a great lad, a natural leader, so potentially yea [the next captain]. We were doing a sprint test today and I asked the fitness guy ‘who is the fastest player? Is it Aubameyang?’ and he said 'no, it’s Kieran Tierney’ – it surprised me. " Yvess Bissouma was a highly rated on-demand midfielder during the summer transfer window, but he remained at Brighton. Arsenal, as well as other clubs interested in him, should be on high alert, according to the latest reports, because Yvess Bissouma is looking to leave Brighton. In his transfer claim, he appears to have emphasized what his suitors must do to entice him to join them. According to Bissouma, he believes he is destined to play in the Champions League and compete with top players, so a club like Arsenal signing him may be contingent on them making it to Champions League football or risk losing his signature to other suitors. 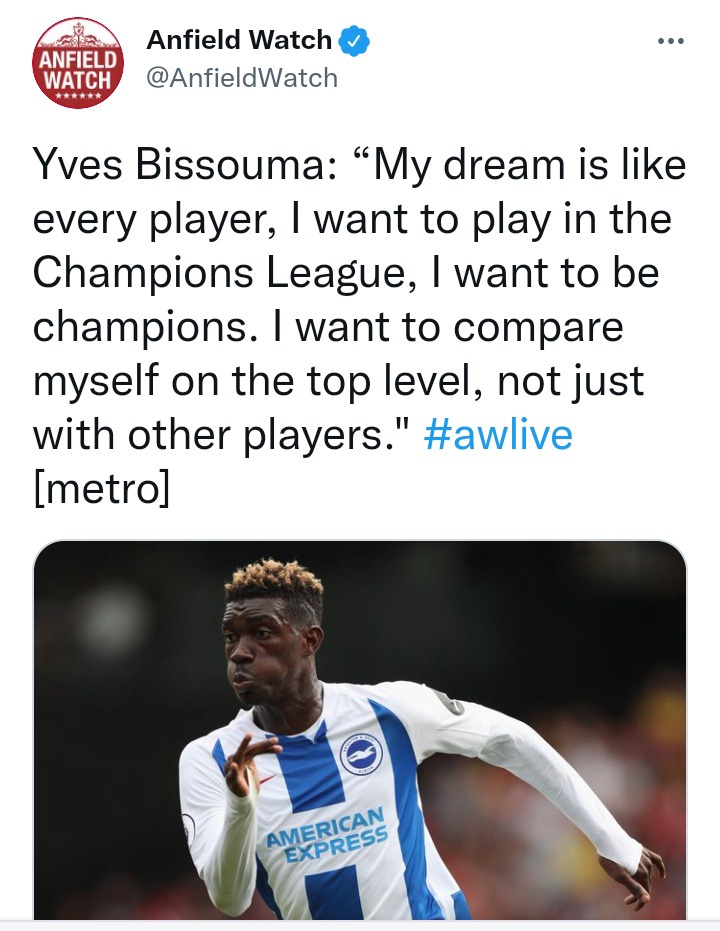