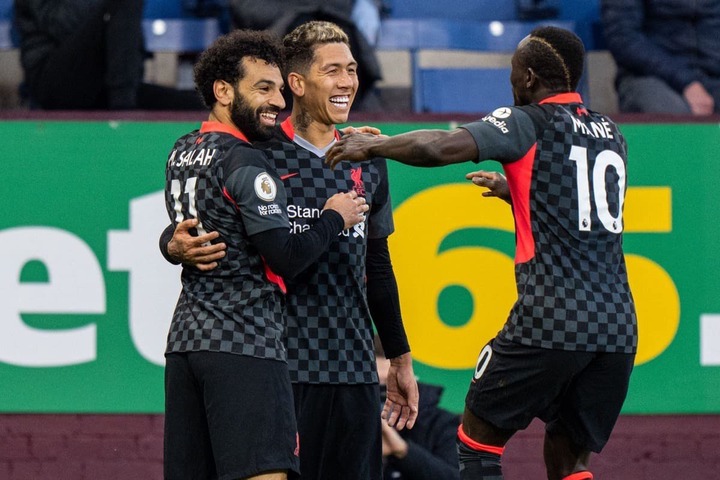 Mohamed Salah, Sadio Mane, and Roberto Firmino were one of the most dominant trios in the Premier League in recent years. The three goal scorers won everything playing together at Liverpool including the Champions League and Premier League titles.

Mane, Salah, and Firmino played together for five years after the arrival of the Egyptian winger from AS Roma in 2017. They went on to reach three Champions League finals winning only one against Tottenham Hotspur but lost the other two to Real Madrid. 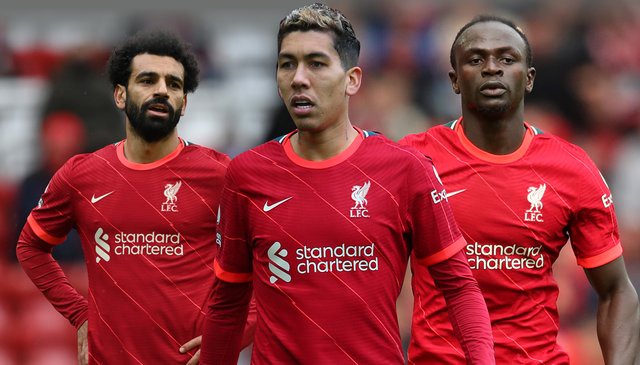 The three forwards scored a combined 338 goals with Salah having 156 goals, Mane following with 106 goals, and Firmino having 75 goals. They have been dominating English football and also Europe emerging as one of the greatest trios in football history.

No trio in the Premier League has been such brilliant as the Reds front three in recent years. The trio has ended after the departure of Senegalese forward Sadio Mane who has joined Bayern Munich.

However, there is one attacking trio in English football that proved to be better than that Sadio Mane, Roberto Firmino, and Mohamed Salah. The former Manchester United trio of Cristiano Ronaldo, Wayne Rooney, and Carlos Tevez was more brilliant than Liverpool. 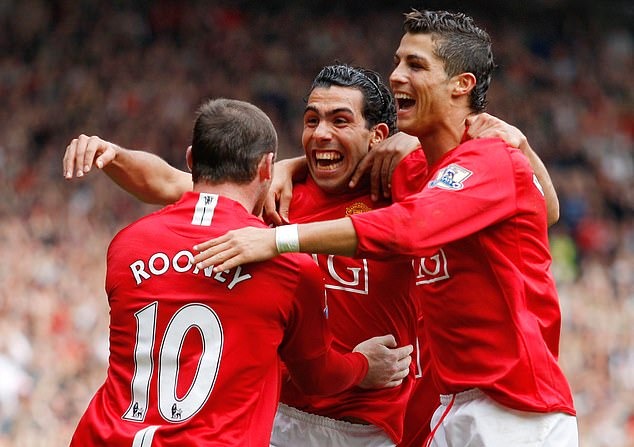 Manchester United's frontline during the 2007/2007 and 2008/2008 seasons was occupied by the three superstars who won numerous trophies under Sir Alex Ferguson.

The three forwards didn't play together for long but in the two years together at Old Trafford Ronaldo, Tevez and Rooney won everything at the club level. They won Premier League two times, one Champions League, League Cup, Club World Cup, UEFA Super Cup, and Community Shield. 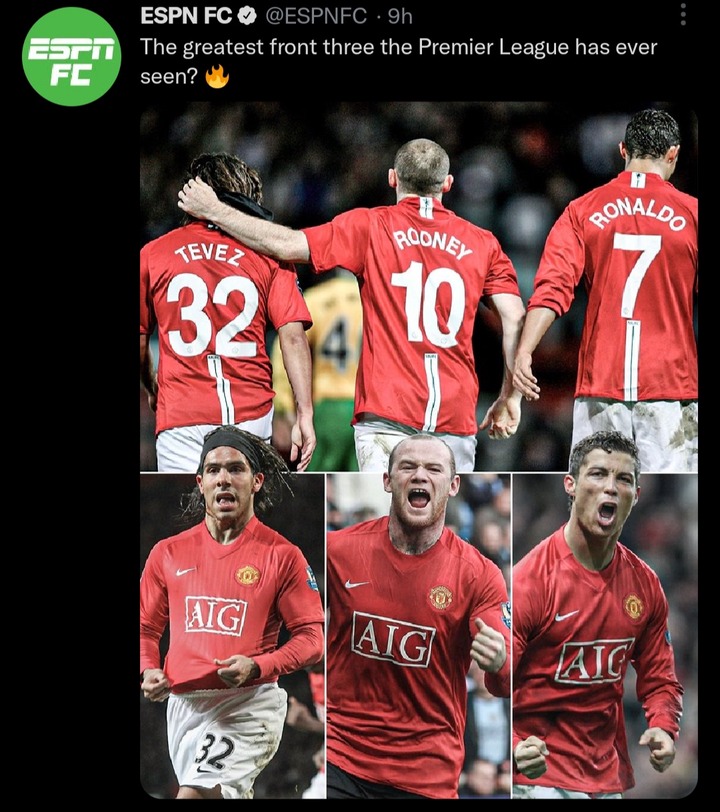 Cristiano Ronaldo, Carlos Tevez, and Wayne are considered the most fearsome attacking front in English football from the entertainment and achievement they brought in the league.

"Where is it written in the bible?" Prophet Ian Genesis Lectures Those Asking Him Such Questions