Teams With Most Goals In The Current Season 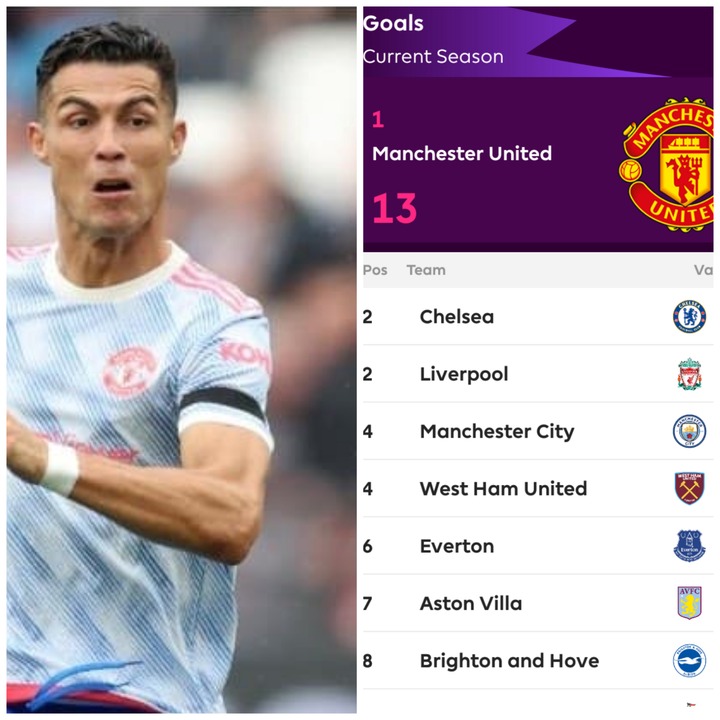 Gameweek five matches were played and ended on Sunday.There were teams that scored while others failed to do so like Manchester City even though a lot was expected of them.So far, some teams have scored over ten goals while others have as low as two. 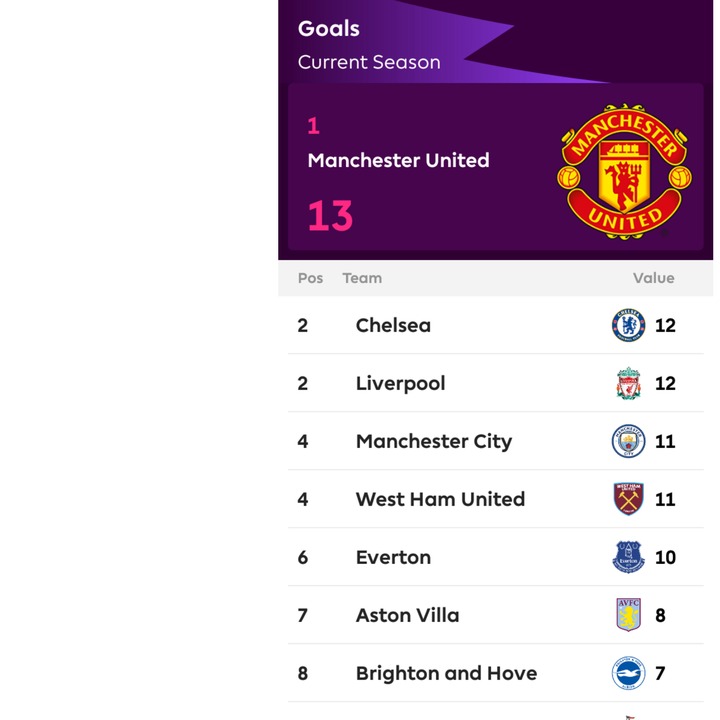 Manchester United leads the table with most goals scored so far.They have managed to score thirteen goals.Christiano Ronaldo and Bruno Fernandes have contributed immensely to the number of goals.

Chelsea is surprisingly second in terms of goals scored despite playing a defensive system.They have managed twelve goals so far.Liverpool also has scored twelve goals in the current campaign.

Everton closes in on the teams with most goals having scored ten goals so far.The rest have less than ten goals.Arsenal is currently second last with just two goals.