By DaytimeNews (self meida writer) | 22 days Manchester United and Juventus have reacted after Ronaldo officially completed the transfer move to Old Trafford on Wednesday.

Ronaldo joins his former club Manchester United for a 2-year contract with an option to extend should he feel like doing so.

While taking to Twitter, Juventus has officially reported that the Portuguese has left the club as they thanked him for his 101 goals and 5 trophies he bagged for the club. 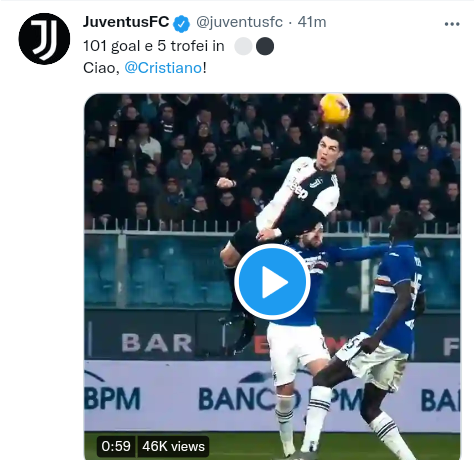 On the other hand, Manchester United has also taken to the bird's app to give their legend a warm welcome as they shared his old photos at the club with the caption "Cristiano is back". 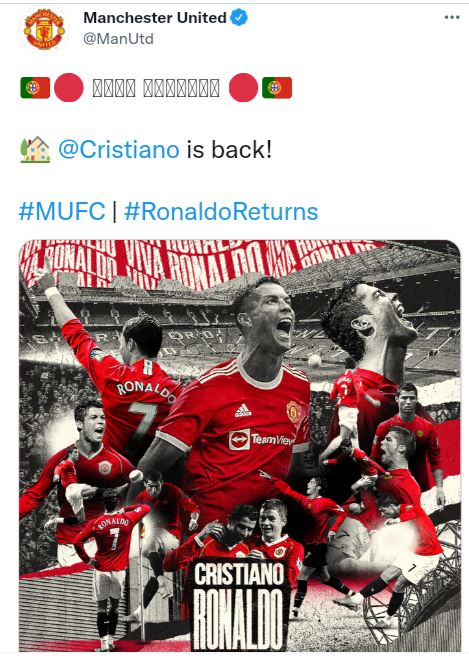 Ronaldo returns to Old Trafford after having bagged over 30 trophies including 5 UCL cups, 4 Club World cups, seven league titles in England, Spain, and Italy, and the UEFA European Championship for his native Portugal.

Fans remember him for scoring 118 goals for Manchester United in 292 appearances he made in his first spell for the club, and they believe that Ronaldo will make Manchester United a formidable club in Premier League and Europe.