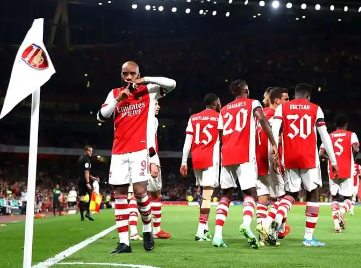 Arsenal's French striker Alexander Lacazette was introduced at the 67th minute during Arsenal's game against Patrick Viera's Crystal Palace on Monday evening at the Emirates stadium.

Arsenal were a goal behind to two despite Arsenal's Gabonese striker Pierre Emerick Aubameyang giving Arsenal an early lead at the 8th minute. Lacazette came from the bench and changed the game completely giving Arsenal a late equalizer in the extra time.

After the game, Arsenal's boss Mikel Arteta was asked as to whether the club would stand to lose the Frenchman after his decent perfomance in the second-half.

Mikel Arteta said, “All things considered, we have him. He’s our player and he shows genuine responsibility so I’m not pondering that. I'm contemplating how to get the best out of him and this evening he showed a genuine decent second and the amount he thinks often about the group.”

Inter Milan have shown interest to sign the Frenchman in the next transfer window.