By IndusaTonny (self media writer) | 16 days ago

Former Kenyan athlete Delilah Asiago will be remembered as one of the best long distance runners who took the world by storm for several years.

Asiago was known for her speed as she flew Kenyan flag high while presenting the nation in major international competitions.She won gold medals in most of the events she participated and even set a world record in the events.

The athlete is said to have embarked in picking tea in Cherengany,Trans Nzoia county after she went broke. 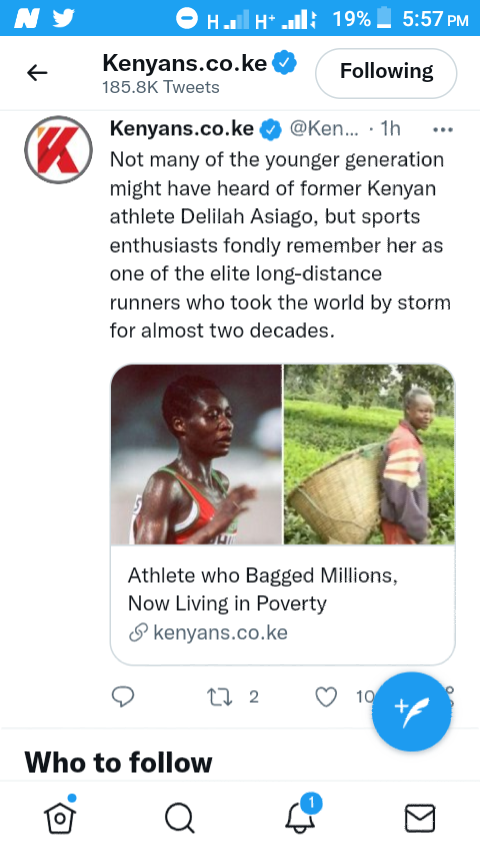 According to Kenyans.co.ke,Asiago narrated how her woes began in 1999 when she was banned from participating in international events for two years due to doping allegations.

She further said that she had felt sick and took medicine which later tested positive for doping.Dubai marathon is among the world's most lucrative sports events. 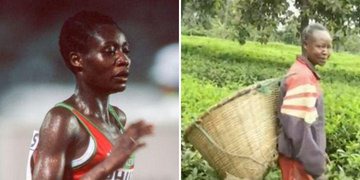 According to Delilah Asiago,part of the millions she won during the events was used to construct a house for her parents in Nakuru.The remaining balance she invested in other projects and could not account for all the millions she gained during her days.