Manchester City leading in the EPL after winning against Leicester City

By Qortygladys (self media writer) | 3 months ago

Report on Man City's 1-0 victory against Leicester City at the King Power Stadium, won on a second-half free-kick by Kevin De Bruyne. Prior to Sunday's match between Arsenal and Nottingham Forest, City has taken over first place in the Premier League, while Leicester has remained in the worst place, down in 17th. 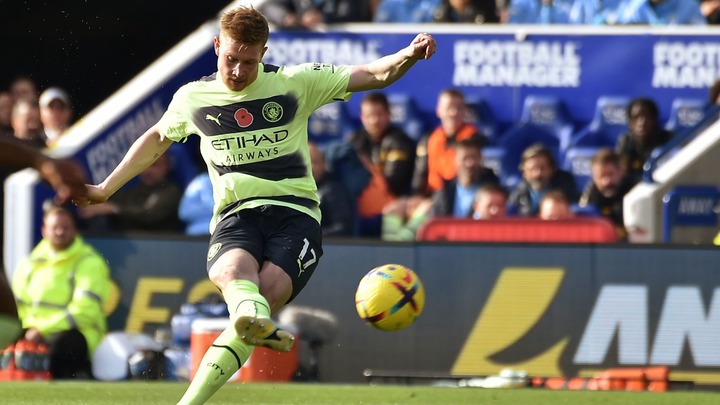 De Bruyne's twisting 49th-minute free-kick soared up and over the Leicester wall from 25 yards out, reaching the back of the goal against the inside of the post with Danny Ward powerless, giving Pep Guardiola's side "a big victory" in a hotly contested match at the King Power on Saturday afternoon. 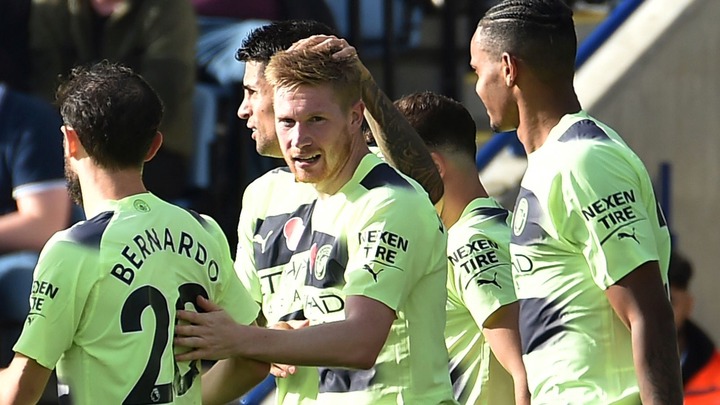 Because of this, City was able to move a point ahead of Arsenal before their home match against Nottingham Forest on Sunday despite missing the Premier League's leading scorer, who had started every game this season after his summer move, scoring 22 goals, but had not recovered from an ankle knock in time to feature.

Content created and supplied by: Qortygladys (via Opera News )