Game Hero Olivier Giroud admitted that Milan were poor in the first half, but He praises them for “never giving up” as he turned it around with a brace to beat Inter. This was the debut Milan Derby for both Maignan and Giroud, who were injured last time the derby was played. 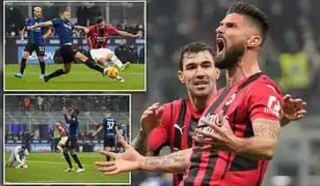 “As I said before the game, this was a special fixture. You win the derby, we were struggling in the first half, but after the break for 45 minutes we got back into it,” the France international told DAZN. 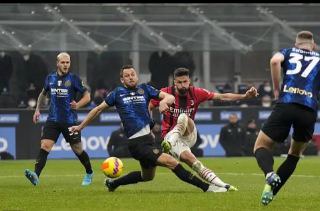 “I was hoping for one or two balls into the box, the first was a bit lucky, but the second was a fine Calabria pass. I am so happy for my fans, I am proud of this team that never gave up.

“We score goals in the box, so it’s true I was a bit isolated in the first half, but the whole team didn’t play well and we knew that. 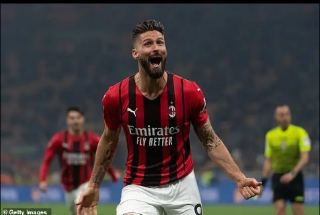 “We proved our great team spirit after the break and we are back!”

Inter have seen their lead at the top of the table cut to one point, albeit with a game in hand. This is after Perisic scored in the 38th minute keeping them ahead of Ac Milan. 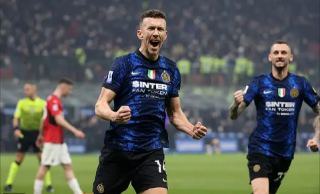 “There’s a long road ahead of us, we are still in the running, but there are many games to be played and Inter remain the leaders. So let’s win our matches and then see what Inter do.”

"I don't like to say that I am a hero , obviously a striker is on the pitch to score goals" he told CBS sports after the match having scoring 2 stunner in 3 minutes. 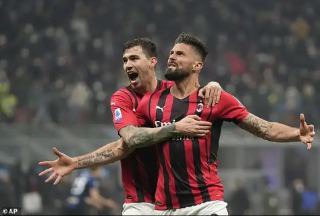