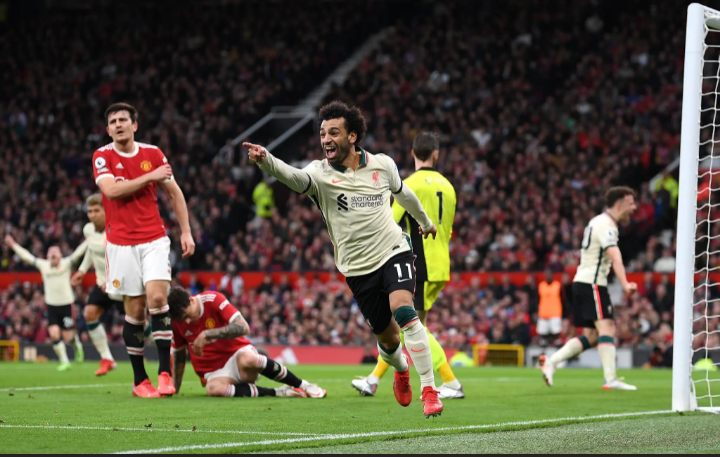 Manchester united have suffered a humiliating defeat by Liverpool by conceding five goals without getting a single goal from the match. It is a night Mohamed Salah won't forget by scoring a hatrick at old Trafford. Liverpool's win have left them at second spot in the premier league just one point behind league leaders Chelsea. Although Liverpool were the favourites in today's match nobody predicted was going to with such a big margin. Here are three mistakes Manchester united made to lose against Liverpool.

Liverpool were able to create chances past Manchester United's defense line as they lacked coordination. In the first goal saw Mohamed Salah push Harry Maguire to his side who left Naby Keita Scot free to shoot. Harry Maguire defensing tactics were very poor as the English man was not able to hold Liverpool strikers.

Manchester united players were frustrated after conceding four goals at half time. This lowered their confidence and ability to keep pressing. Manchester united received six yellow cards and one red cards while Liverpool didn't receive even a single card.

Leaving best players outside saw Manchester United's midfield fail to supply strikers with balls and also unable to intercept Liverpool's passes. Paul Pogba was left outside during first half and was brought in while four goals behind and after few minutes was red carded.