By Timothy (self media writer) | 9 days ago

The 35 year old star has been named as the EA sports premier league Player of the month for September,after scoring three goals for Manchester United. 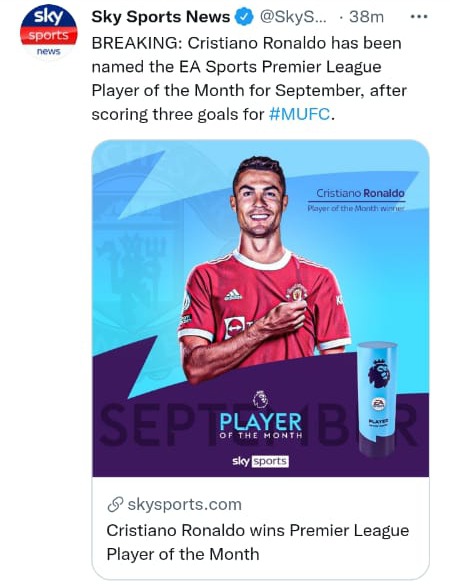 Manchester united club is seem to have backed to it's real form since the return of this star which is considered by many fans as back at home. Now with Cristiano Ronaldo and other esteemed played like Bruno Farnandes, Edison Cavani, Raphael Varane, Jandon Sancho and Alex Telles, manchester United is seen as if it will wins alot of trophies this season as well as England Premier league. 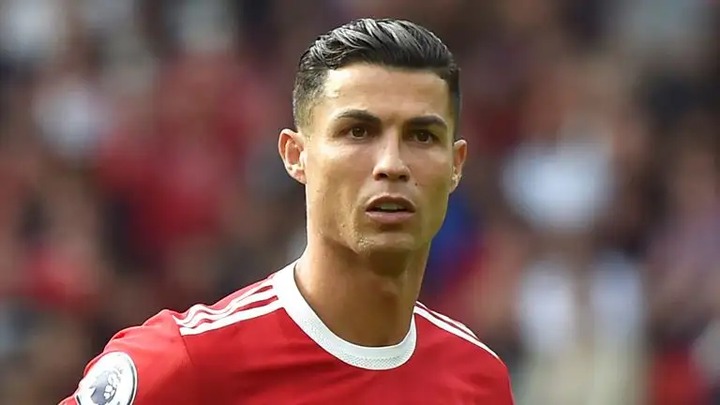 Thank you for reading this article feel free to share, follow and leave your thoughts in the comments section if think there is other club that will win the premier league trophy.