Two EPL players who might lose their Penalty taking roles this season.

In most Premier League clubs, the role of taking penalties is always dedicated to one player and can only be given to another player if the penalty taker is not on the pitch. It is always an honor to take penalties for your club especially crucial penalties because it shows that the team believes in you. However, after the just concluded summer transfer, the following players might loose their role as the penalty takers at their clubs because their respective clubs have signed players who are more experienced in penalty taking than them. 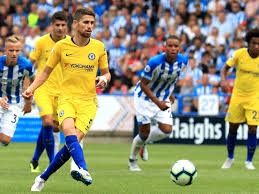 The Italian international was signed to Chelsea under their former coach Sarri and his first goal for Chelsea was a penalty against Huddersfield in his first game as a Chelsea player, the midfielder have gone ahead to take 39 penalties for the blues missing only five of them across the three seasons he has spent with the London club. This might however come to an end this season with the signing of Lukaku, the Belgian striker is most likely to take up the penalty role from Jorginho due to his excellence in taking penalties. This will also increase his number of goals for the club as it is every strikers dream to score as many goals as possible for his club and country. 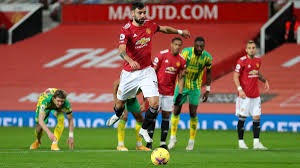 Right from the time Bruno joined Manchester United, he has been their penalty taker taking 23 penalties and scoring 21 across all competitions for the club, his two misses came in premier league when his penalty was saved by Newcastle goalkeeper last season and when he hit the ball over the crossbar against Aston villa in his latest penalty, apart from the two misses, he has had a parfect record from the spot, his penalty role however might be taken from him this season and handed to Ronaldo following the striker's return to Old Trafford. Ronaldo's brilliance from the spot has never been in doubt, he was reliable penalty taker for Juventus before he transferred to Manchester and he also takes penalties for his country.