By Decoolkid (self media writer) | 5 months ago

After the signing of Rafael Verane and Jason Sancho, Man united can now use the 4-3-3 formation as shown in the picture. 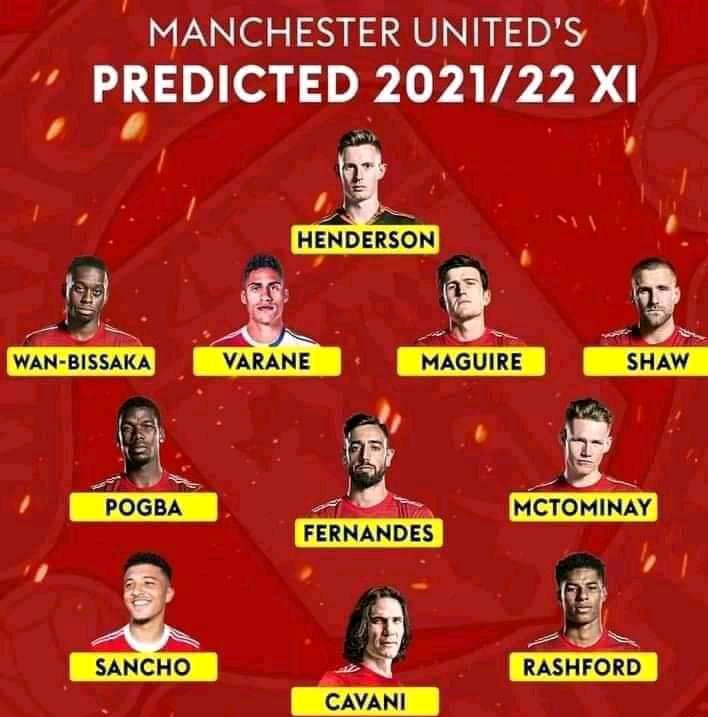 Deab Henderson last season after taking over from Degea gave a good performance keeping clean sheets against big teams like Chelsea, Man city Arsenal and many more others.

The defense might the lead by the United captain Harry maguire, new signing Rafael Verane, Like Shaw and Wan Bissaka.

The Striking side might be lead by the Uruguay El Matador Edinson Cavani as the Center Forward, Jadon Sancho on the right wing and Marcus Rashford on the left wing after he recovers from the surgery.

The Frontline with Cavani Rashford and Sancho looks Sharp with the creativity of pogba and Bruno from the midlifield.

The bench has quality with Fred,Matic ,Martial ,Donny Van De Beek and Lingard who are going to add pressure.

Content created and supplied by: Decoolkid (via Opera News )

Full List Of All 30 Governors Supporting Raila Odinga Vs The Only 6 Supporting William Ruto.

Charles Owino Breaks Silence Over DP Ruto's Influence In Nyanza, Reveals What Has Been Happening

" This Is Just Total Rubbish, " Jimmy Wanjigi Speaks Revealing What He Was To Do In ODM This Weekend