OFFICIAL: Croatia have announced the 26-man squad for the 2022 World Cup

Croatia are aiming for another outstanding performance in this edition's Fifa World Cup,after losing last edition to France. Head coach Zlatko Dalic have announced the squad to for the Qatar World Cup. 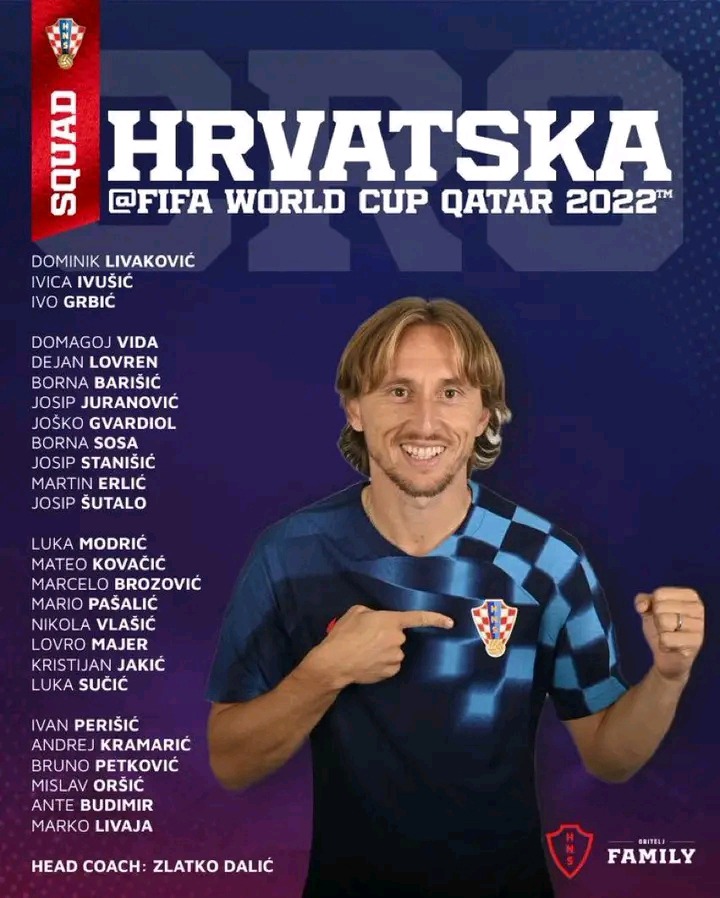 Croatia's first match in group F is against Morocco on 23rd November,then Canada and finally the second beat team in the World Belgium.