Brazilian center back Thiago Silva’s contract is set to expire at the end of this season. When recently asked if he would retire after his contract with Chelsea runs down, he confirmed that he still has plans to play football after 40 years. He further added that many factors would influence his decision, including whether Chelsea offer him a new extended contract to play for the club.

“Do I want to play beyond 40? Of course I do. But that depends on a lot of things. Being older means you will have different struggles from other players. My family is one of the factors, and also if Chelsea agree to give me a new contract. I would be very pleased if they do that because I won’t have any reason to retire. Let’s wait and and see what unfolds in the future.” 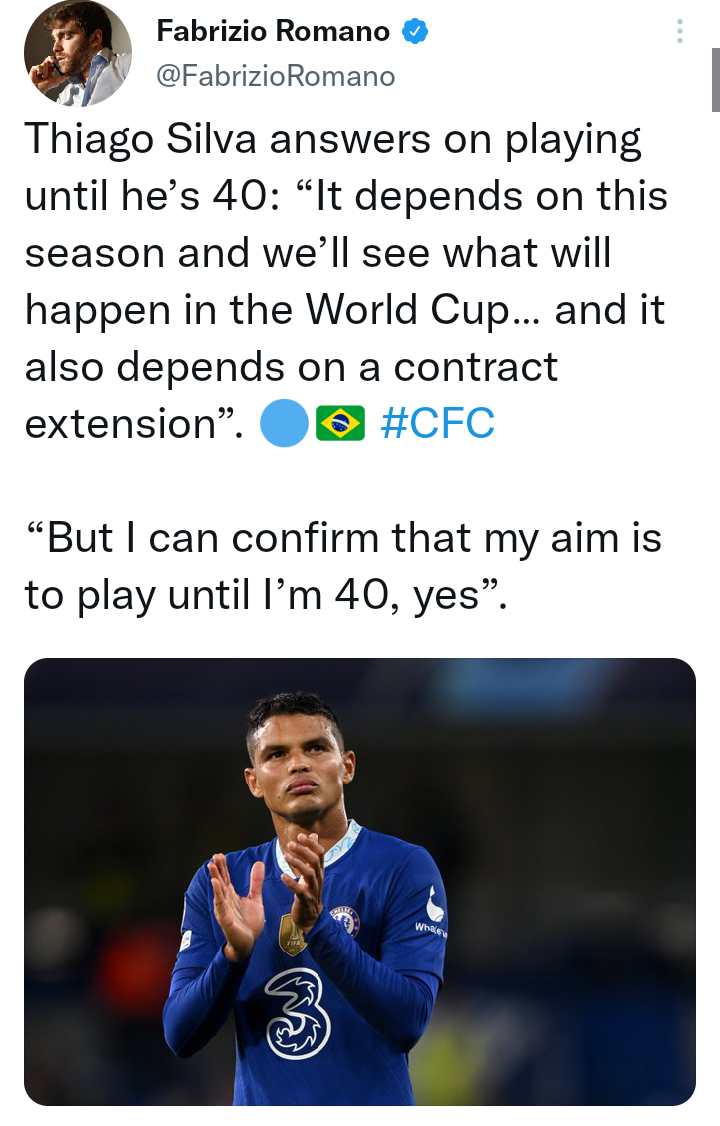 Screenshot: Thiago Silva still wants to continue with his career past 40 years

The fact that Thiago Silva is open to a new contract proposal could mean that Chelsea actually don’t have to spend more money seeking his replacement. It was recently reported that Chelsea were planning to table a second bid for Josko Gvardiol in January after last summer’s late bid was rejected. If it is indeed true that Thiago Silva could extend his career for a little bit longer, then I think Chelsea should pounce on the opportunity to extend his contract. Thiago Silva is open to a contract extension at Chelsea. (Image: Courtesy of Google)

Although Thiago Silva’s statement is music to to the ears of many, young center back Trevoh Chalobah will definitely be disappointed by the news. This is because he had promised Thiago Silva’s place in the starting eleven next season. If Chelsea table a new contract for Thiago Silva, Chalobah’s chance of being promoted to the first eleven will wither away unless the Brazilian or the other two first eleven center backs get injured. 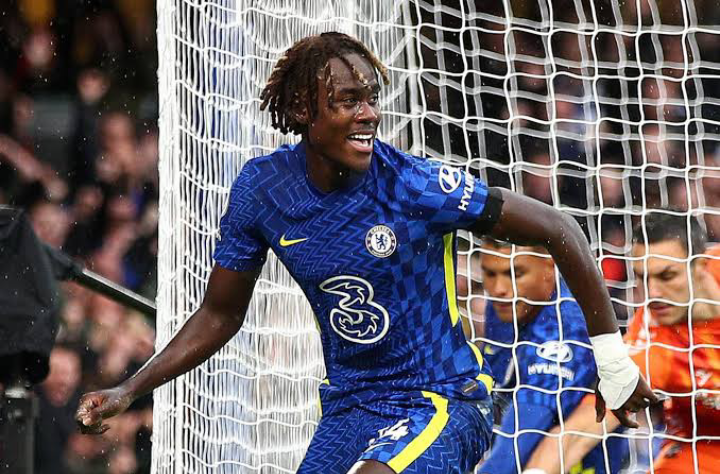 Chalobah was promised a place in the starting eleven incase Thiago Silva Leaves next season. (Image: Courtesy of Google)

Chalobah has risked a lot in the last few years at the club. Last summer he was on the verge of joining Inter Milan but insisted on fighting for his place at Chelsea this season but unfortunately nothing will come out of his sacrifice. Thiago Silva is a great defender, even I would have offered him a new contract if I was the club’s president. Let’s wait and see what Boehly will decide to do about the Brazilian’s contract.