By @baba_kylah (self media writer) | 10 months ago 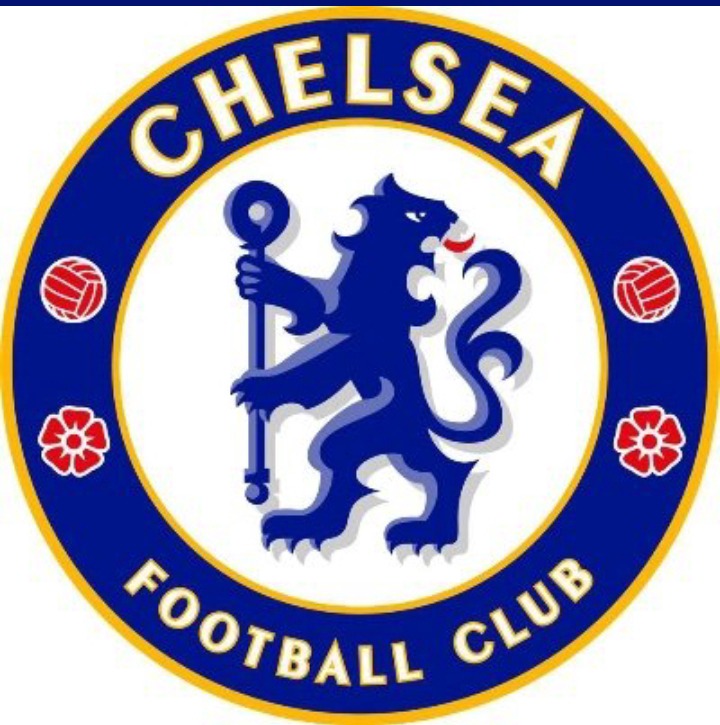 Winners of the UEFA Champions League and UEFA Super Cup Chelsea has been active in the summer transfer window, with some players joining and others leaving on a permanent or loan basis. Inter Milan striker Romelu Lukaku and Fulham goalkeeper Marcus Bettinelli have both joined the Blues. 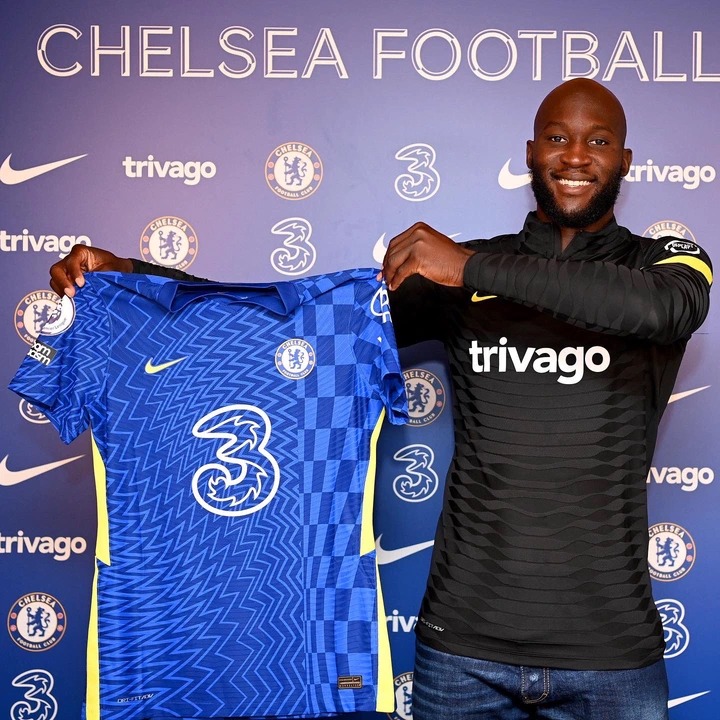 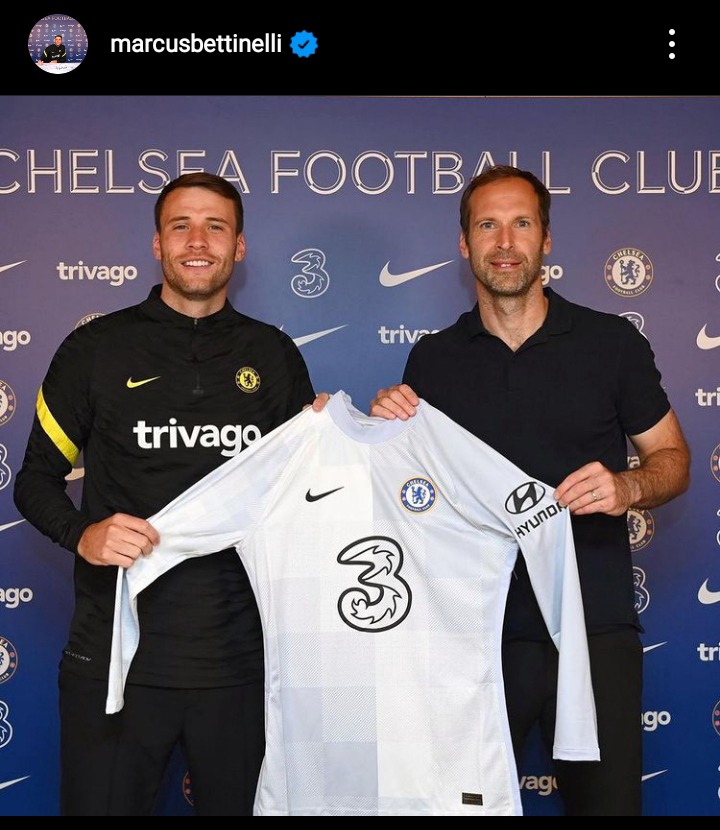 They have also been linked with a move for Joules Kounde, a defender for Sevilla. Oliver Giroud and Fikayo Tomori to AC Milan, Marc Guehi to Crystal Palace, Michy Batshuayi to Besiktas, and Tammy Abraham to AS Roma are among the players who have left Stamford Bridge. 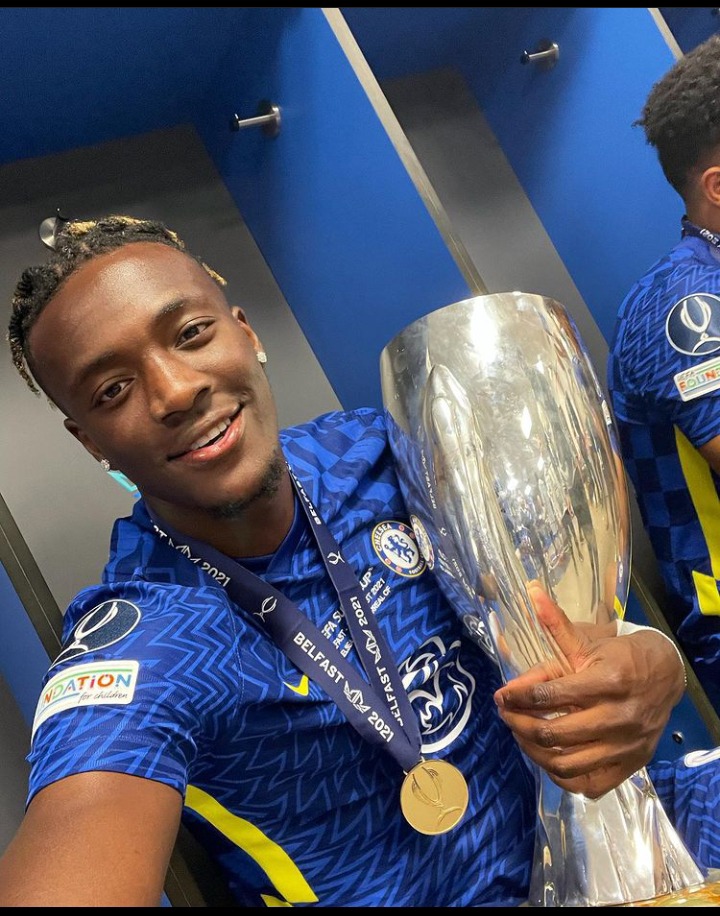 The Blues have added a €80 million (£68 million) buyback clause for the English International, according to Fabrizio Romano. 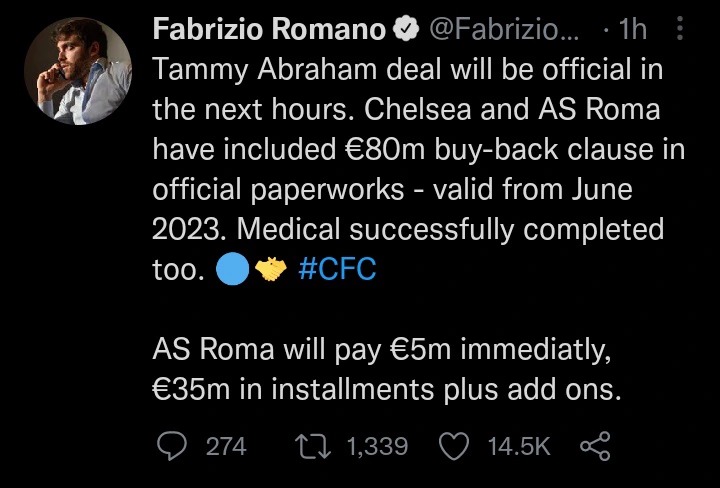 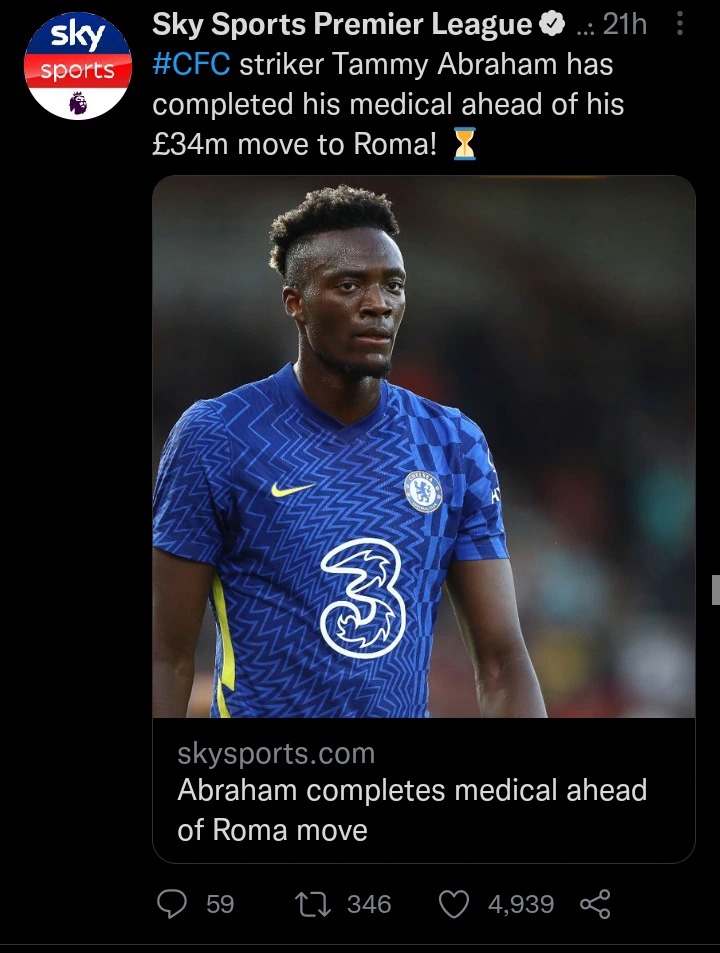 Chelsea has been a great source of top football talent. They were forced to sell some of their young players, which they later regretted. This is due to the players reaching their full potential and becoming some of the biggest names in football. Kevin De Bruyne, Mohamed Salah, and Arjen Robben are three examples. 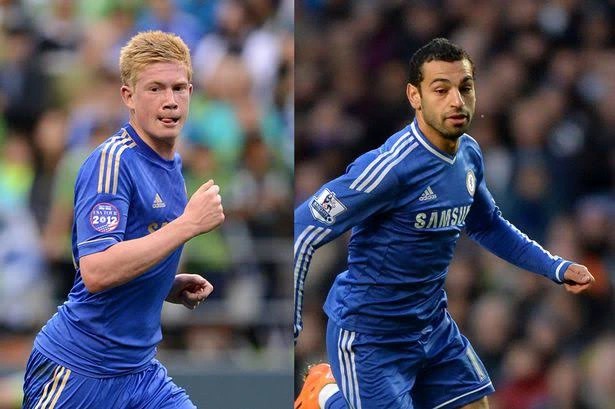 According to this report, Chelsea still believes Abraham has the potential to become a world-class striker in the coming seasons, and if that happens, they will be able to spend the maximum amount of €80 million (£68 million) to bring him back to the Premier League.