The most awaited UCL final at Paris ended in the favour of Laliga Giants, Real Madrid after thrashing Liverpool 1-0, thanks to the goal from Vinicuous Junior who scored during second half of the game. However, after the loss, Liverpool players had some complaints against Organisers For Champions League Final Chaos In Paris. 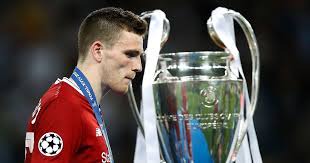 England and Liverpool left back Andy Robertson has lamented by blasting the organisation of Saturday's Champions League final against Real Madrid a shambles. This was after kick-off was delayed for 35 minutes as some Liverpool fans were heard trying to force their way into the Stade de France in Paris to watch the final.

As the situation was getting out of hand, Riot police were called upon to intervene as they opted by firing teargas at fans as chaos stemmed near the Liverpool end of the ground. The governing body of UEFA linked that chaos with fake tickets that did not work in the turnstiles, a head of UCL final. 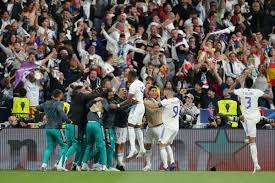 Liverpool have demanded clear investigation into the incident because they were disappointed to see the incident only effecting their supporters. Liverpool manager, Juergen Klopp also lamented by saying that the families of some players struggled to get into the stadium during the chaos that involved Liverpool fans and UEFA governing body.