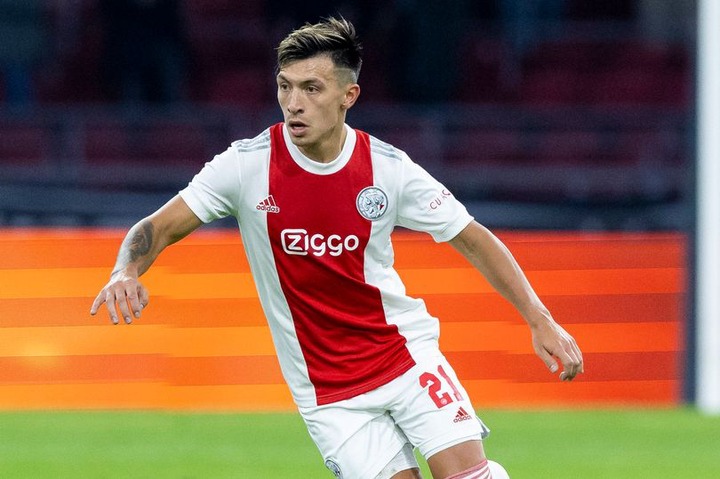 According to reliable sources, The Old Trafford outfit submitted the bid for Ajax defender Lisandro Martinez who can also be deployed as a defensive midfielder after meeting with the Australian club's new director of football.

Former Netherlands striker Klass-Jan Huntelaar, travelled to London on last week to discuss the terms of a deal with United hierachies and the Reds Devils believe they are now in advanced position to win the signature of Ajax 'Canisero' ahead of London Club Arsenal .

The officials behind the versatile defender deal met with both United and Arsenal in London last week and personal terms are not an issue for either club.

Ajax are demanding a fee of around £43million for the 24-year-old Argentine international in an effort to price him out of a move.

According to reports ,United have handed a bid worth £35.3million up front with add-ons of £4.3Million putting pressure on the Gunners to increase their latest bid of £34million.

But Ten Hag will be adding free agent Christian Eriksen and Tyrell Malacia to his squad after the Feyenoord defender made his peace with agent Ali Dursun so that his £14million arrival at Old Trafford could be finalised.

Malacia is expected to become the first signing of Ten Hag's reign in the next 24 hours.

United are still in negotiations with Barcelona with the aim of landing midfielder Frenkie de Jong in a £65million deal , despite previous claim from Barcelona president Joan Laporte that the Dutch midfielder is not for sale.

'' Your Reign of Power Is Over, Prepare to Handover to Ruto'' Wetangula Tells Uhuru

Gunners Injuries Ahead Of Arsenal Vs Bournemouth EPL Fixture.