By Fellokips (self meida writer) | 9 days 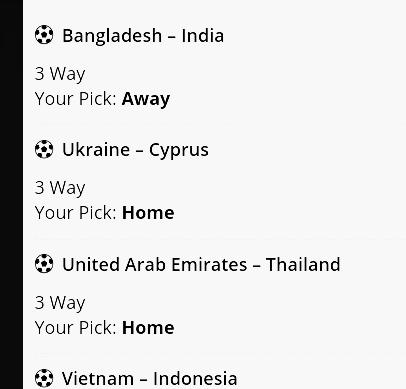 Torquay have owned recent games in front of their own supporters, winning five of the last seven in the National League and suffering just a single defeat in the previous ten.

Notts Co don’t exactly have the best of form on the road either, with Notts Co suffering four defeats in six top-flight trips of late.

Although Torquay are more than capable of putting most opposition to the sword in the National League, particularly on their own patch, it is notable that nine of their previous 11 home games have served up under 3.5 goals.

This has also been the case in 11 of the last 13 Notts Co away matches at this level, so don’t expect a cricket score in this contest.

Clean sheets have been few and far between in recent National League fixtures involving Torquay, with both teams on target in nine of their previous ten games, so they cannot be accused of being dull to watch.

Given that 15 of the last 18 Notts Co away matches at this level have followed the same script, something similar is expected when the teams lock horns.

A return of just one point from the last 26 available serves to emphasise just how poor Notts Co have been on the road of late, with 22 goals conceded across this miserable run of fixtures.

The story has been a very different one as far as Torquay are concerned on their own patch recently, with 15 wins from 18 matches at the top table of the National League.

Arsenal Identifies £20M Target As A Replacement For Bernd Leno

October and November Will be Crucial for Man United in the Premier League Next Season, Here's Why