By WillyKim (self meida writer) | 27 days The EPL flop team of the week consists of players who didn't have very good perfomance in the past game week.For defenders who caused penalties or who were responsible for easy goals let in past them, they all fall here. 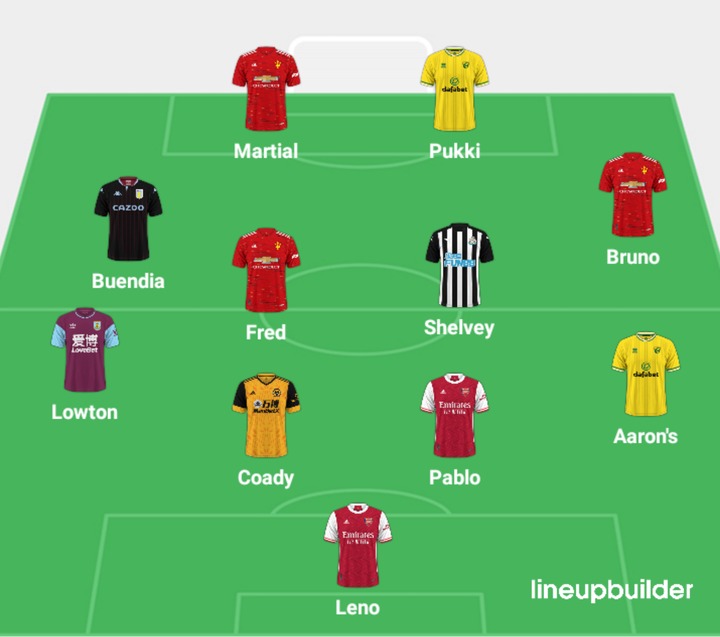 Bernd Leno stands between the posts in the flop team of the week after being scored two goals by their equals Chelsea.Max Aaron's got no points as his side fell to a 5:0 loss against Manchester City.We know his quality as a player and should have done more.

Lowton of Burnley also was in the Burnley defense that let in two goals against Liverpool.Pablo Maribwas constantly bullied by Lukaku and because of his physicality you would probably expect more from him.

Emiliano Buendia managed no attacking returns for the second game running in the premier league despite being heavily tipped to replace Jack Grealish.Fred was given an own goal after Checking Adams' goal deflected on his leg.

Bruno had no attacking returns in an average Southampton side.He could have managed more going by his quality.

Antonio Martial was nowhere to be seen in their clash against Southampton while Teemu Pukki hasn't had any attacking returns since their return to the premier league.Thats the premier league flop team of the week.Opinions?