Chelsea, Manchester United and Liverpool Target Could be Heading to Their Premier League Rivals

By Talksports (self meida writer) | 3 days 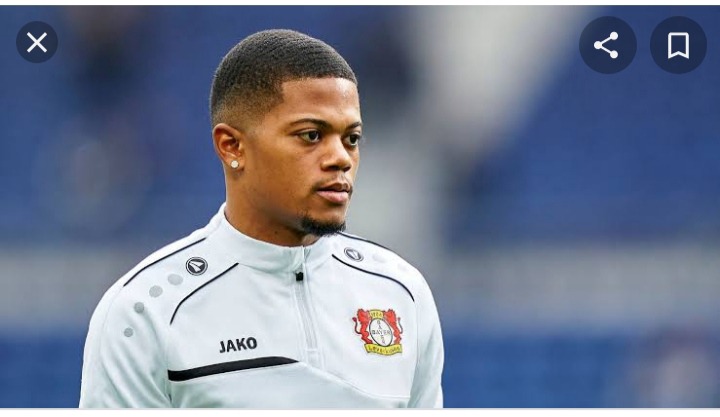 The topflight teams that demanded Leon Bailey services include Manchester United, Liverpool and also Chelsea. Most of the above teams were suffering from an economic crisis hence they could not meet the player's release clause. Indeed, at a tender age, he was very clinical and also his pace was a nightmare for most Bundesliga defenders. The 23-year-old will be running short of his stay at Bayern Leverkusen since his contract is about to exhaust.

Earlier today reports suggest that Aston villa has started the race to secure Leon Bailey services. Due to the contract situation, Bayern Leverkusen will have to accept any tempting spree over the Jamaican sensation. According to reports, Aston Villa has already tabled an offer of £30m for Bailey. An agreement has not been reached but it is believed to be on the verge of. 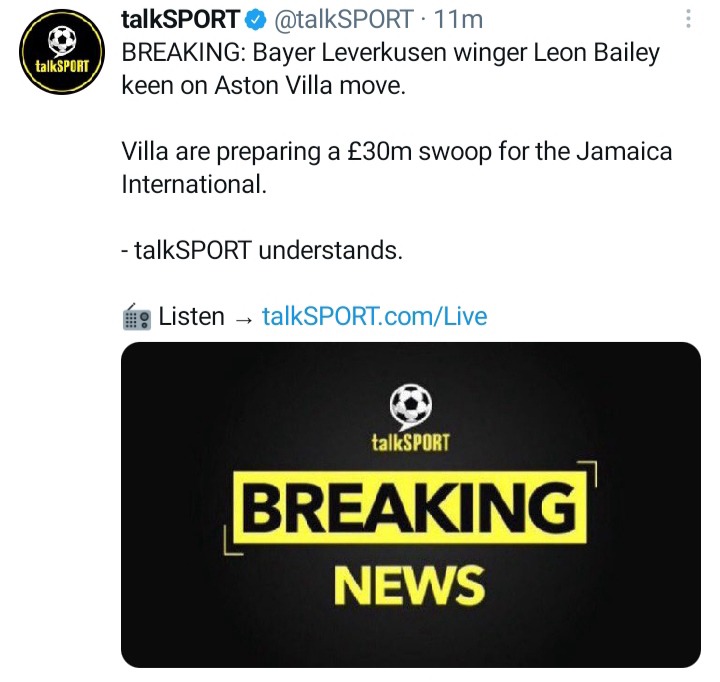 You can also support me by tapping on the follow tab at the top.

Player Set To Undergo His Medicals Today Ahead Of Move, Latest On Confirmed Done Deals Across Europe