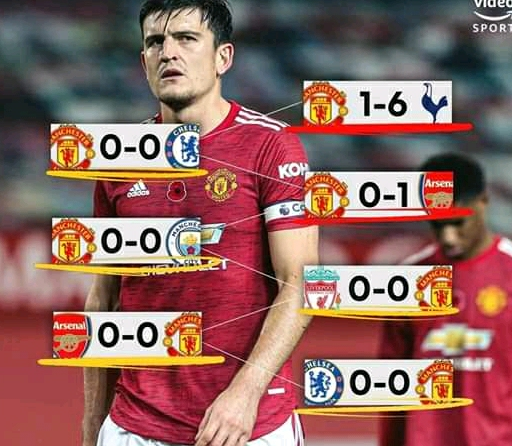 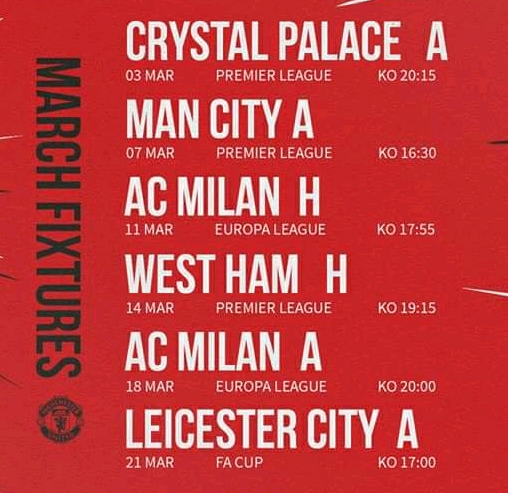 The Red Devils have a tight schedule this March 2021 before the international break as they are involved in Premier League, FA Cup & UEFA Europa League. Manchester United will take on Crystal Palace tonight at Selhurst Park in a Premier League fixture before visiting their noisy neighbours Manchester City at Etihad Stadium on Sunday Premier League action. The Red Devils will host arch-rivals Ac Milan at Old Trafford on 12th March 2021 in a UEFA Europa League round of 16 first Leag before playing Westham United on 15th March at Old Trafford in a Premier League fixture. Solskjear Men will travel to Sansirro on 19th Marcgmh to face Ac Millan on UEFA Europa League Round of 16 second leg before taking on Leceister City on 21st March 2021 at King Power Stadium in FA Cup quarter final fixture. 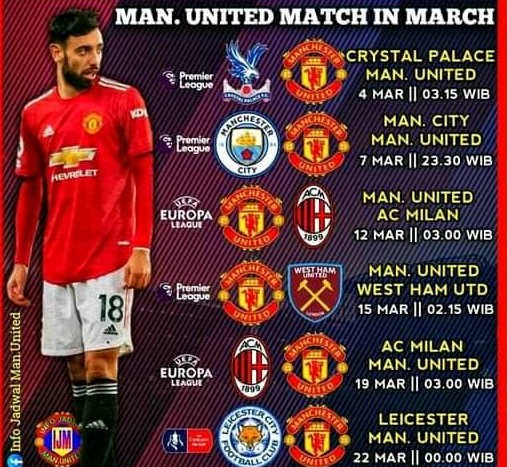