Premier League giants, Manchester United have only completed only one senior signing in current summer transfer market.Ajax midfielder, Donny van de Beek is the only player who have joined the club a couple of weeks ago. 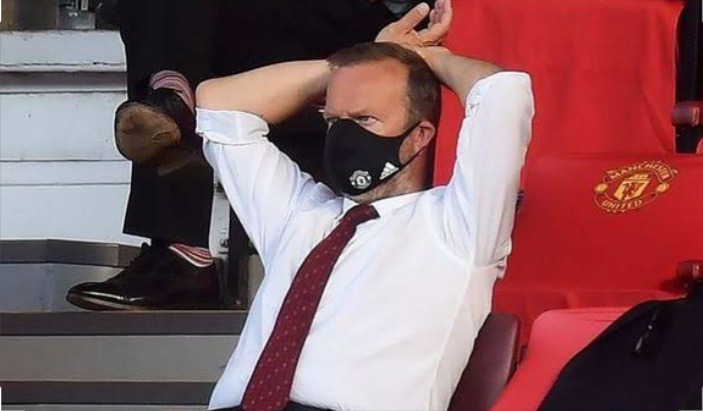 Manchester United will kick off their new season on Saturday evening against a very tricky side, Crystal palace.United finished their last season on a high note, they have almost the same squad that ended last campaign on a good form and have just added one new face to the same squad.Ole Gunnar Solskjaer would wish to add Jordan Sancho to his current squad but the club isn't ready to fulfil Borussia Dortmund's asking price for the England international.

Manchester United all over the world are expressing their frustration on social media over the United's perceived lack of transfer activity.The United fans are frustrated because their rivals such Chelsea, Arsenal and Liverpool are very busy receiving new arrivals for the new Premier League season.

The United's Executive vice chairman said that he is very happy with the addition of Van de Beek and the recent arrivals at youth level.He also reiterated the testing conditions in the current transfer window.

The United Executive vice chairman said in an interview:"The coronavirus pandemic has created the huge economic pressures to all football teams, we are grateful be in a better shape than most clubs, we are not immune from the impact.We are very pleased with the addition of Van de Beek from Ajax having already signed Bruno Fernandes back in January."

"We have been chasing both Bruno and Donny for quite some time and their arrivals reflect our long time approach to improving our midfield.The squad now will be capable of winning trophies playing attacking and entertaining football.The likes of Nemanja Matic and academy graduates Dean Henderson, Brandon William, Scott McTominay and Greenwood have already extended their contacts as part of the progress.We have also added some promising young players to our academy."

"Our future will depend on this young players, they are our investments.We will continue to build on a strong foundation."