Here are all the latest transfer news and gossips for today.

Tottenham are reportedly closing in on their third signing of the summer after reaching an agreement with Bologna for Takehiro Tomiyasu. 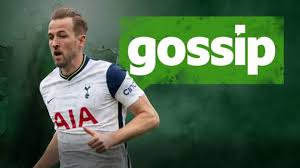 The report claims that West Ham United and Newcastle United are also in the running.

OFFICIAL: Bologna have signed forward Marko Arnautovic from Shanghai SIPG for €2.7m on a three-year contract.

Jesse Lingard would rather stay at Manchester United or move to a club abroad rather than rejoin West Ham.

Arsenal have been boosted in their pursuit of Inter Milan striker Lautaro Martinez after the Italian champions refused to rule out his departure during the current summer transfer window.

Arsenal outcast Sead Kolasinac is reportedly in negotiations to terminate his deal with the club.

Tammy Abraham does not want a move to West Ham and has his eyes set on a move to Arsenal.

Chelsea have told Arsenal and West Hm target Tammy Abraham that he is available for transfer, and would now be willing to accept offers of £30m for him.

Newcastle waiting for a definitive answer from Joe Willock over whether he wants to return. Steve Bruce desperate for new additions ahead of new season but club’s prospective sale means owner Mike Ashley is reluctant to invest heavily.

Spanish ABC: Madrid have refused to guarantee Odegaard to be a starter while Arteta has promised him that. If he decides to leave, Madrid will ask for €50m with a buy back option in the future. Arsenal have not yet submitted an official offer yet.