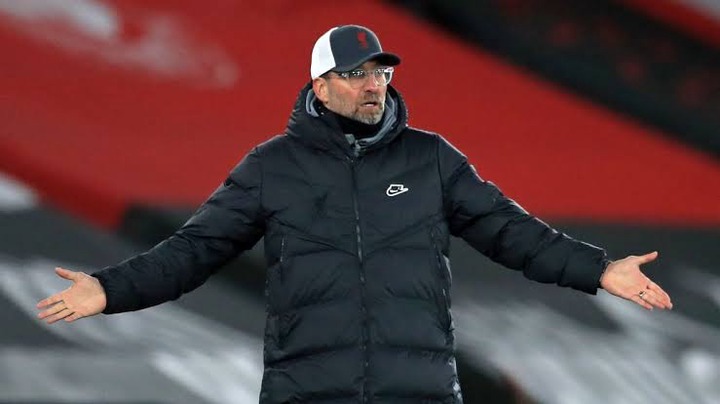 Jurgen Klopp has hit out on what he terms denied penalty kicks in the match against Southampthon last night.Sadio Mane had a case for a penalty after a challenge from Kyle Walker-Peters.The second chance was when the ball hit Jack Stephens' hand as he went down to block a Gini Wijnaldum shot.

In both cases referee Andre Marriner didn't not seem moved enough to award the red a penalty kick.

This follows a shocking defeat of the reds at the St.Mary's Stadium where Southampthon won 1-0 against the defending champions.

We cannot change," he said. "I hear now that Man United had more penalties in two years than I had in five-and-a-half years. I’ve no idea if that’s my fault, or how that can happen.”

The reds manager also admitted that his side did not perform to his expectation yesterday stating that they need to do better.

Content created and supplied by: mdau.ke (via Opera News )

Kenyan Celebrities Who Look Younger Than Their Age

Kalonzo Sends a Stern Warning To Mudavadi, Reveals DP Ruto's Secret Plan That Will Haunt Him

"If Ruto Was Bad, Uhuru Won't Have Choosen Him in 2017" Sakaja Claims Who to Blame For UhuRuto Split

Disappointed Manyora Cautions Raila Over Political Moves, Alleges How The State Will Betray Him

5 Workplace Habits that Could Harm Your Marriage

" Our Brother Left Us, I Was Ready To Work With Mudavadi, I'm 68 Years Old, " Kalonzo Laments