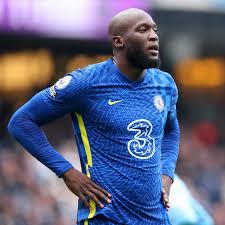 Much was anticipated of Romelu Lukaku after he was brought back to Chelsea for £97 million during the summer transfer window, but things did not go as planned. Rumours are now swirling that the marksman could be leaving the club in just a year.

Lukaku has only scored five goals in 23 Premier League matches, one fewer than right winger Reece James. With claims that the 28-year-old is dissatisfied in west London, speculation has grown that a summer departure could be on the cards.

Chelsea will have to wait till Roman Abramovich's successor is selected before cutting their losses on their largest ever player investment. The Russian is in the process of selling the club, but even though it has been on the market for two months, no new owner has been identified.

Given the UK Government's fines against Abramovich and the following sports license awarded to allow the team to continue playing, the club is still unable to negotiate any incoming or departing moves. According to a report from Mundo Deportivo, this is forcing Barcelona's attempts to recruit players to be delayed.That could change if one of the potential owners is found to be correct in their most recent position. Todd Boehly, a part-owner of the Los Angeles Dodgers, is leading a consortium bid for the Blues, which is said to be the current favored offer out of four currently being considered.

According to CBS' Ben Jacobs, Britain's richest man, Sir Jim Ratcliffe, filed a last-ditch £4 billion proposal to buy the club, but Boehly and his consortium are apparently the favored bidders, and the American is hopeful that a buyout can be completed by the end of May.

It would mean that transfer restrictions would be relaxed and Chelsea would be able to resume talks, potentially allowing Barcelona to complete their Lukaku pursuit.