By kenyaupdates (self media writer) | 1 month ago

Brazilian forward Gabriel Jesus has been signed by Arsenal on a long-term deal from Premier League winners Manchester City. After passing a medical exam and reaching a personal agreement, the 25-year-old moves to the Emirates for what is believed to be a cost of £45 million. The No. 9 jersey that was just vacated by Alexandre Lacazette, who left for Lyon on a free transfer, will be worn by Jesus. 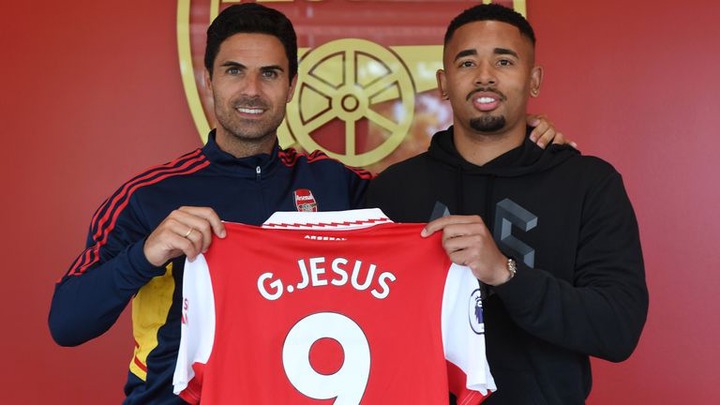 To be in the best possible position to sign Jesus from City this summer, the Gunners worked with his agent Marcello Pettinati for nearly six months. Following the acquisitions of Fabio Vieira, Matt Turner, and Marquinhos, he becomes the north London club's fourth summer signing.

I'm quite excited, Mikel Arteta said. The team has put in a lot of effort to acquire a player of this calibre. I personally know Gabriel well, and we are all familiar with him from his time in the Premier League and his outstanding achievement in this nation.

Jesus made it known that he wanted to transfer to the Gunners at the beginning of June and rejoin Mikel Arteta, who frequently provided one-on-one coaching and counsel when working as Pep Guardiola's assistant. 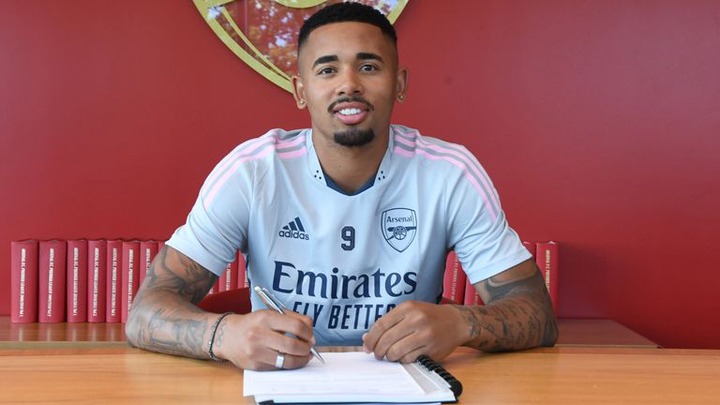 Jesus was drawn to Arsenal because of their commitment to pursuing the ball, the fact that they were in desperate need of an attacker who fit his mould, and the chance to take on more responsibility.

When Lacazette's contract with the team expired at the end of June, Arteta and Arsenal allowed him to depart the organization. On Transfer Deadline Day in January of last year, they also permitted Pierre-Emerick Aubameyang to sign with Barcelona on a free transfer.