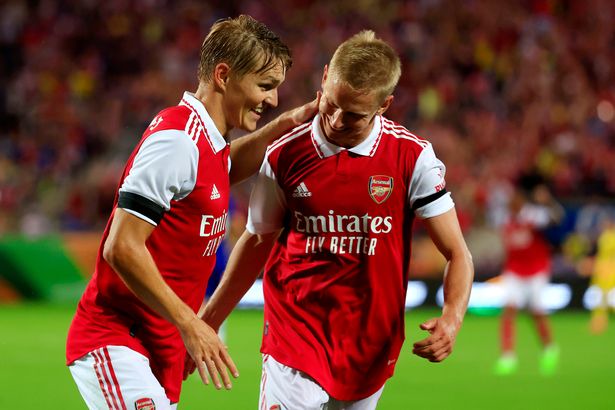 English Premier league took its way for the second week as several teems seek to accumulate points that will determine their results at the end of the season. Several teams were in action yesterday for their second game. Amongst the clubs that were in action are Manchester City and Arsenal football clubs whom both won their matches. More games are expected to be played today with Chelsea and Tottenham Hotspurs being the game of the day.

However, according to yesterday performance Arsenal have a reason to smile after they acquired the services of Alexandria Zinchenko from Manchester City. The left back who is also a varsetile player was in action yesterday against Leicester. The defender played a role in Arsenal victory in two consecutive games.

His performance is outstanding moreso his varsetility which saw him help the Midfield in some cases. Arsenal did well in acquiring his services as evidenced in yesterday performance.

As a football fan what do you have to say about the Cityzens loosing Zinchenko to Arsenal following his quality? Give your opinion on the comment section by commenting on the article not forgetting to follow up and share