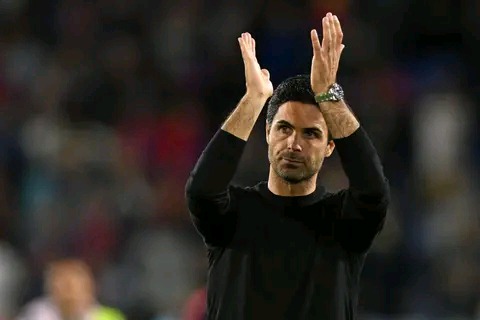 Mikel Arteta Arsenal side suffered a huge blow after their star striker Gabriel Jesus suffered a knee injury in the Brazil World Cup clash against Cameron.

It has been reported that Jesus will miss the rest of Brazil World Cup games after picking up that injury. Jesus is due to fly back to England to have a surgery on that his knee on Sunday.

The injury is likely to keep him out for close to three months. This a huge blow to the Arsenal team as he has been an integral member in the Arsenal team in their haunt to for the premier League title for the first time since 2004.

Arsenal currently sits five Points clear from the second place Manchester City. Arteta will need to get a player of Gabriel Jesus to keep his place at the top of the table.

Gabriel Jesus injury has come at the right time as Arteta will have the January transfer window to buy a replacement for the striker.

If they fails to sign another striker, they still have other readily available alternativves within the club.

Mikel Arteta can decide to use Emile Smith Rowe as a false nine. Rowe can operate across the foward line as well as number ten as revealed by the manager Mikel Arteta back in February.

Arteta can also decide to use Eddie Nketiah who has been on a standby waiting for his chance come by. He is yet to get a premier League start as Jesus has been preferred to him in the premier League games.

Nketiah has mainly been used in the Europa League campaign where he has scored three goals. Even though Jesus has always been preferred to him in many games, Jesus is only ahead of him with just two goals.

Another player Arsenal could decide to use in place of Jesus is Folarin Balogun. The England international was sent out on loan to the French club, Reims on loan to gain more experience.

He has so far developed into a complete striker as he has already scored 8 goals for the French club.

If Arsenal decides to recall him from his loan spell, they are going to get a better striker from the one they sent out on loan full of confidence and experience in front of the goal. 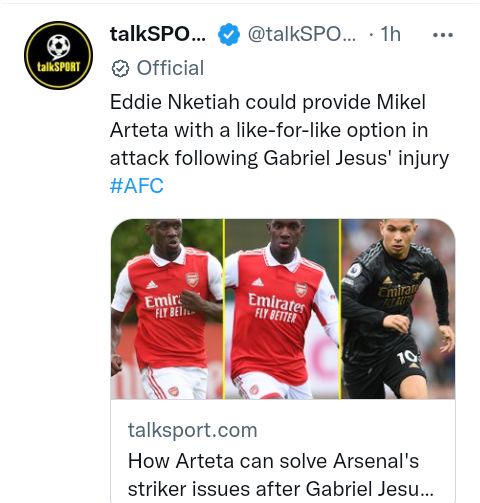