6 Sure Predictions for Wednesday Games

By TipsterGK (self media writer) | 1 year ago 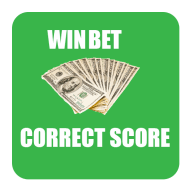 The Czech Republic's UEFA Nations League (UNL) Group B finale sees them in with a shout of promotion to League A after beating Israel 1-0 in their last match, a result which extended an astonishing run of 33 fixtures without a draw in the process (W 18, L15).

Still, with nine of their last 1 1 home matches being decided by a slim one-goal margin (W7, L4), any victory could be a tense affair.

Slovakia also need a win in their attempt to avoid relegation, whilst hoping Scotland avoid defeat. Two wins from two for their new coach will have the visitors brimming with confidence

However, nine of their last ten such road trips did see them concede only one goal, albeit five of those ended in a 1-0 defeat - which includes the last H2H held in the Czech Republic.

Armenia shared UNL points with Georgia as the designated home team last month. Additionally, the home side on the day is undefeated in the last five H2H meetings, from which Armenia have a balanced record (W2, D1, L2).

Fresh from qualifying for the next European Championship, North Macedonia (W2, D3) made it eight matches unbeaten overall (W5, D3) by beating Estonia 2-1 (Nov 15). In turn, a clean sheet will guarantee promotion.

Unbeaten in three away games (WI, D2). Interestingly, a 4-0 collapse against Armenia here in October 2018 remains their only ever defeat in 1 1 prior UNL games.

Content created and supplied by: TipsterGK (via Opera News )