By Onlinelegitnews (self media writer) | 2 months ago 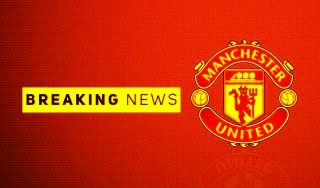 Eduardo Camavinga has been a name-in-demand throughout the summer. With the French international being linked with the likes of Real Madrid, Paris Saint-Germain, and Manchester United, his future is very much in doubt at Rennes.

United are linked with Camavinga, Neves, Rice and Ñíguez.

With Camavinga's current contract set to expire in the summer of 2022, it is looking extremely likely that the Rennes midfielder will be joining a new club within the next year.

United working on Pogba, Bruno and Shaw new deals and waiting for Camavinga.

His current club is becoming frustrated with the situation, however, with the current manager Bruno Génésio hoping that the situation regarding the future of Eduardo Camavinga will be sorted as soon as possible.

If Man United can't move any further sales out, it seems like the only possible signing would be if Camavinga decides to come to United. We'll see. In the meantime work still being done on outs. Inquiries have been made after Jones and Pereira, and there's still potential for Jesse.

There has been significant progress in Manchester United's pursuit for Camavinga from Rennes over the weekend.The player has accepted the proposal &personal terms are being finalized.Sources describe there isn't much gap between the clubs in terms of valuation of the player.

Told that Camavinga to united could accelerate soon. His agent is pushing him towards united, camavinga is open to the idea but is yet to make up his mind. Essentially camavinga either joins united or waits until his contract expires next year and sees if madrid interest is true. 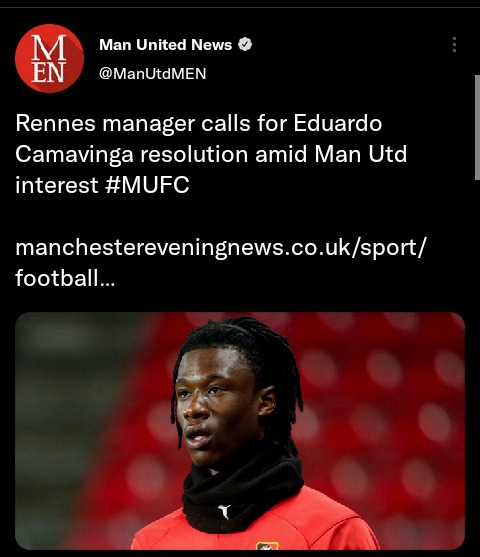 Camavinga, 18, is out of contract at Rennes next summer and reputedly available for €30million (£25.7m), with United understood to admire the France international.

Three Must Win Matches That Will Reward You Handsomely Tonight