Coleraine, who won their previous game, will hope for a similar result following the 3-1 Premiership triumph versus Larne.

Their most recent results reveal that much solidity has been shown by the Coleraine rearguard. Coleraine have been mean at the back, seeing the tally of goals that have gone past their goalkeeper over the course of their previous six outings standing at 3.

Coming into this clash, Coleraine are undefeated in their previous 21 league matches at home. Incredible, really.

Since suffering a loss in their previous game against Linfield in Premiership action, Cliftonville will be aiming to make amends here.

Jordan Stewart (50') was the scorer for Linfield.

During their six latest matches, Paddy McLaughlin's Cliftonville have slotted home a total of 13 times thus yielding them the goals per game average of 2.17.

Coming into this fixture, Cliftonville have not won against Coleraine when they've played them away from home in the last 5 league matches. They'll be keen to stop this run. 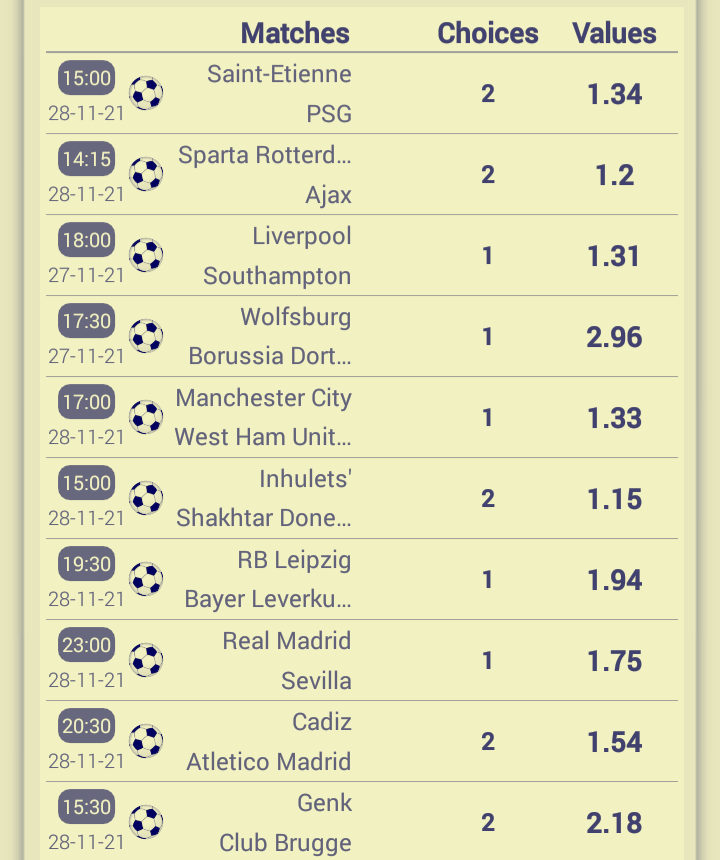 Ballymena United will be looking to improve on their last outing here following a 0-1 Premiership losing effort in their last game against Carrick Rangers.

Jordan Gibson (70') was the scorer for Carrick Rangers.

Ballymena United have struggled with their forward play in recent times. Their ‘goals for’ figure stands at just 3 versus opposition teams during their last 6 fixtures. In those meetings, Ballymena United have also seen the number of goals against them come to 8. That sort of trend won’t necessarily be carried forward into this game, however.

Crusaders head into the meeting after a 0-2 Premiership win to defeat Dungannon Swifts in their most recent match.

Throughout their six most recent matches, Stephen Baxter's Crusaders have found the back of the net 10 times therefore giving them the goals per game average of 1.67.

Carrick Rangers, who won their previous game, will hope for a similar result following a 0-1 Premiership victory over Ballymena United.

The only scorer from Carrick Rangers was Jordan Gibson (70').

A recurring theme in more recent Carrick Rangers games is the number of results with a nil in them.

Taking their prior six matches leading up to this one, in 5 of them a bet on BTTS would've been a losing one. It will be interesting to find out whether or not that trend will end up being continued on into this next match.

Following on from a loss in their previous game against Glenavon in Premiership competition, Warrenpoint Town and their fans will hope to get a better result this time.

A number of pretty underwhelming displays from the Warrenpoint Town defensive unit has resulted in a total of 18 goals being conceded by them in just their last 6 performances. They definitely need to see an improvement in this unwanted aspect of their play.

What Happens To Your Body When You Don't Get Enough Sleep