Premier League Player of the Week, Coach of the Month of May Announced

By HeraldKing (self meida writer) | 25 days 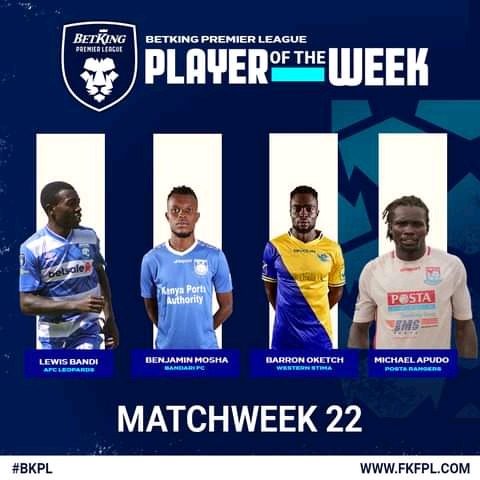 Nominess for matchday 22 player of the week. Image courtesy of BetKing Premier League on Facebook.

Four players were nominated for player of the week award after matchday 22 of the ongoing BetKing FKF Premier League competition.

Lewis Bandi emerged the winner as announced by BetKing Premier League on Tuesday. 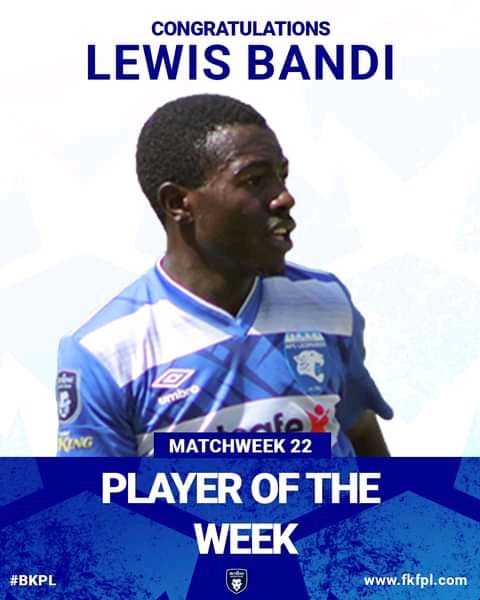 The defender was named man of the match on Saturday as AFC Leopards beat Wazito 2-1 at Utalii Grounds. This was his 4th this season.

Benjamin Mosha scored twice as Bandari put aside their woes in the previous matches to defeat Kariobangi Sharks 4-1 at KPA Mbaraki Sports Grounds. 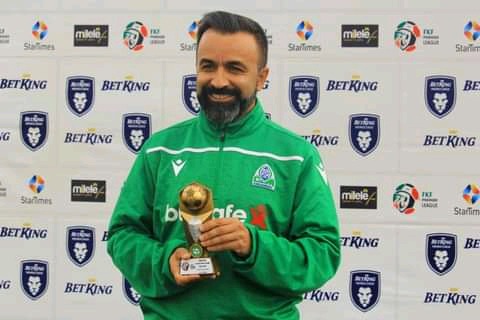 Mt Kenya region has decided: Reactions after Uhuru's allies promised to block Ruto from the region

'If Coalitions Didn't Exist, DP Ruto Would Surely Win', Mbuku Tweets After This Was Said

Famous City Lawyer Predicts Who Could Win a Presidential Race Between Kalonzo, Raila and Ruto

Dp Ruto Storms Nyandarua County, Received Like A King Over This Crucial Event

Thousands Of Simba And Yanga Fans Flock Stadium In Tanzania 6 Hours Ahead Of Derby Match.(Photos)