Interim manager Ralf Rangnick in a pre match press conference for the match against Brighton on Tuesday night has spoken out about the possible finish for the club at the end of the season. He revealed that the highest the club can finish is fourth which is to no surprise to United fans. 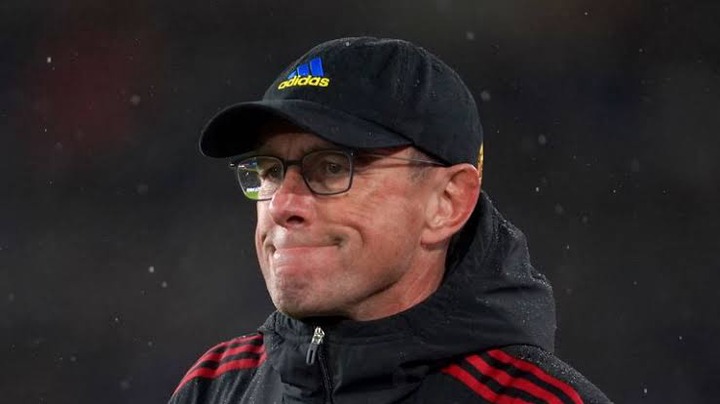 “Right now, Manchester United Football Club to finish fourth is the highest possible achievement we can get,” Ralf said.

Manchester United are currently 5th in the premier league standing with one game in hand. However, this does not guarantee them an easy top 4 since other teams have even more games in hand. The players must step up their performance and hope their competitors like Arsenal and West Ham mess up in their matches.

Ralf Rangnick was also skeptical of giving Manchester United fans hope of having a successful Champions League campaign. Knowing how competitive it is, he said it will not be an easy one.

“Champions League, not an easy one. In the next league, it's number 4,” he said. 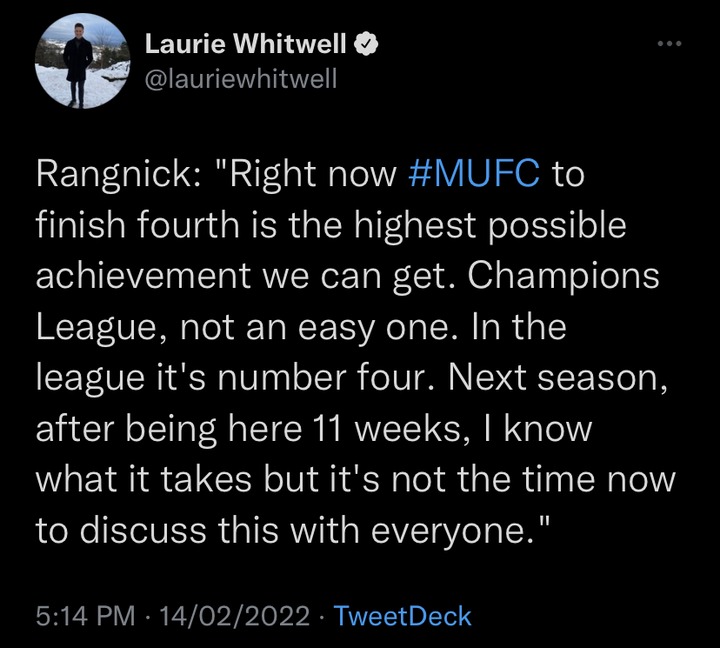 He however gave the fans something to look forward to as he promised a better season next season since he has seen what is needed in the English Premier League and Manchester United at large.

“Next season, after being here 11 weeks, I know what it takes but it is not the right time now to discuss this with everyone,” Ralf said.