By GlobalTV (self meida writer) | 2 days

Manchester City have qualified for the UEFA Champions League final after beating Paris Saint Germain of France 4-1 in aggregate in the semi-finals. 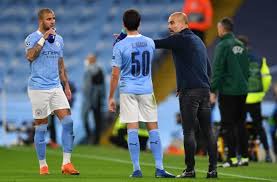 Manchester City better known as The Citizens won the first leg of the semi-final played in Paris France 2-1. 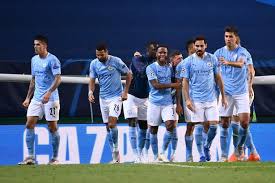 In the second leg played on Tuesday night at the Etihad Stadium, Manchester City dashed PSG's hopes after Algerian Riyad Mahrez scored in the 11th minute. 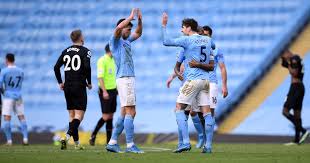 Riyad Marez added the second and final goal of the match in the 65th minute.

PSG were forced to finish the match with ten players on the pitch after Argentine player Angel Di Maria was shown a red card in the 69th minute. 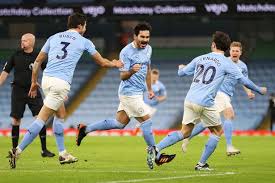 The Citizens, coached by experienced Spanish coach Pep Guardiola, will now await the winner between Chelsea of ​​England and Real Madrid of Spain.

Manchester City has become the first English team to produce the longest unbeaten run of 7 games in the UEFA Champions League.

The two teams drew 1-1 in the first leg in played in Madrid late last month.

The final will be played at the Ataturk Olympic Stadium in Istanbul, Turkey on 29th of this moth.