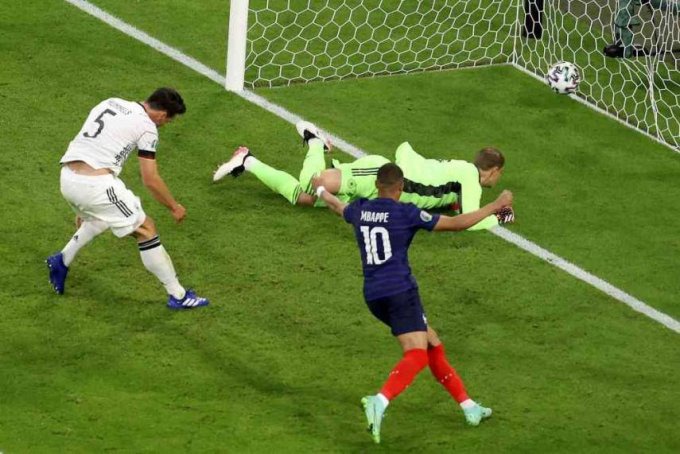 Mats Hummels had a day to forget in Germany's opening Euro 2020 game against France. His return to Germany starting XI following World Cup snub was unwelcome.

Hummels was sloppy at the first half and was forced to make several mistakes by the counterattacking France but Manuel Neur came to the rescue in some occasions. Above all he scored an own goal that night which saw Germany lose 1-0. 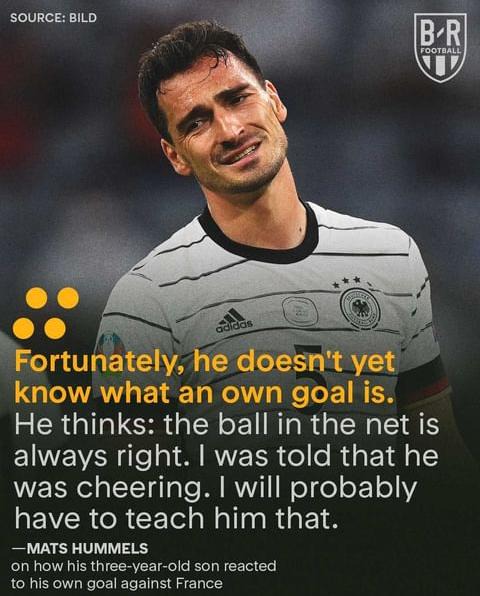 Germans came strong in the second half and so was he. He somehow capitalized on his mistakes but that was not enough to earn them a point.

The Germans bounced back with a 4-2 humiliation of Portugal. Since then the defender has spoken for the first time since the own goal incident.

Speaking to Bleacher report, he narrated how his 3-year-old son reacted to his own goal. Unfortunately, he doesn't even know what an own goal is, he thinks: the ball in the net is right. He was informed that he was cheering and he'll have to teach him that.