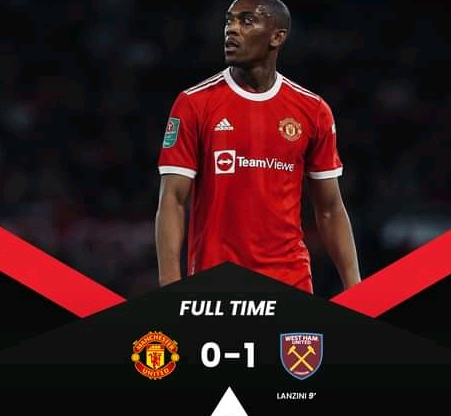 Manchester United lost an opportunity to win one more trophy after being humiliated and destroyed by Westham United 1-0 at Old Trafford. The Hammers scpred the opener in the 9th minute through Lazini and held on to seal a comfortable 1-0 win. Manchester United wasted several open chances through Martial, Lingard, Greenwood, Jadon Sancho, Fernandes and Donny Van De Beek. Manchester United are now remaining with FA Cup, Premier League and UEFA Champions League to Challenge for this season as they look forward to bounce back when they host Aston Villa this weekend. 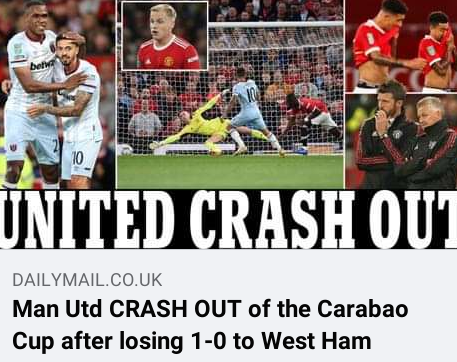 Manchester United Manager Ole Gunnar Solskjaer made huge changes to his starting xi lineup which played Westham United yesternight at Old Trafford. Most players struggled to impress with Dean Henderson amd Erick Baily being rated at 7 after their impressive performance and defensive work ethics. Victor Lindelof, Nemanja Matic and Jadon Sancho struggled through out the match as they were rated at 5 due to their horrible performance while Juan Mata, Jesse Lingard , Diogo Dalot, and Donny Van De Beek were above average in their game stats hence rated at 6 in Man United 1_0 defeat to Westham United. 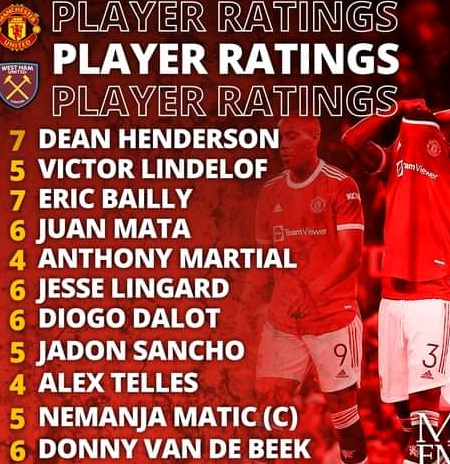 3: Man United Youngster Hannibal Mejbri tipped to be the Next Paul Scholes

Manchester United midfielder Hannibal Mejbri is one of the brightest future prospect at Old Trafford where he has been identified with similar skills with former United legend Paul Scholes. Mejbri plays exciting tactical football full of pace and more creativity and is optimistic to break into Solskjaer first team. Mejbri physicality, speed, passing accuracy and dribbling power matches with Scholes hence Manchester United fabs excited about his future at Old Trafford. 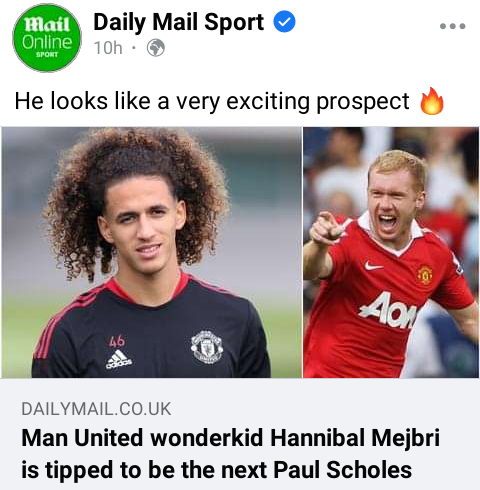 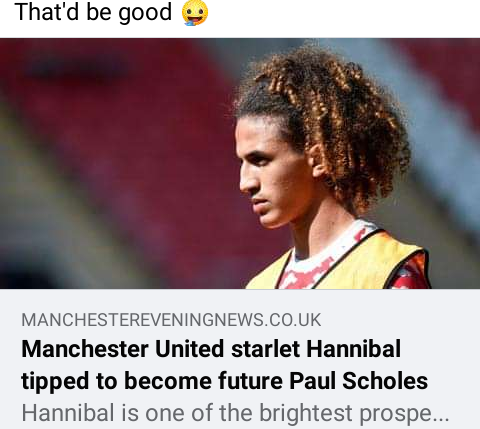 Manchester United attack lacked urgency and run down the pitch like headless chickens as they lost 1-0 to Westham United to drop out of the EFL Carabao Cup. Manchester United forward struggled to create big chances or register a shot on target as the star body language and confidence seemed to low for him to make a difference. Martial is currently falling out of favour at Old Trafford as John Murtough has given him greenlight to search for a new club according to Express Football reports. 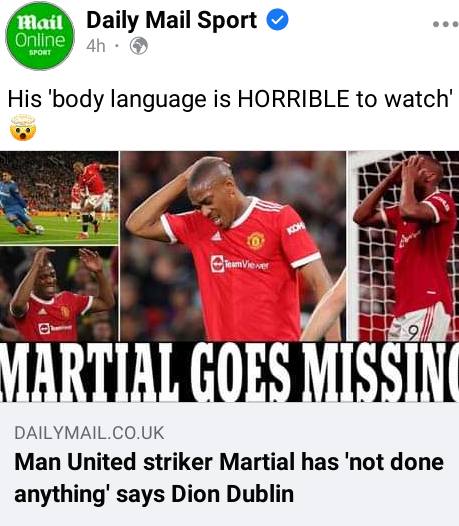 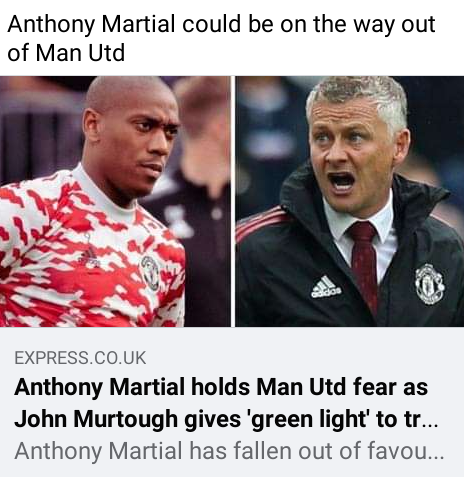 Manchester United Carabao Cup clash against Westham United was full of controversy in decisions made as VAR was not allowed to be used. Jesse Lingard was brought down at Westham United box but centre Referee refused to award a penalty as Noble accused Lingard of being more sloppy. Nemanja Matic was lucky there was no VAR as he struck Noble with his knee and the Refeee turned a blind eye on the foul. 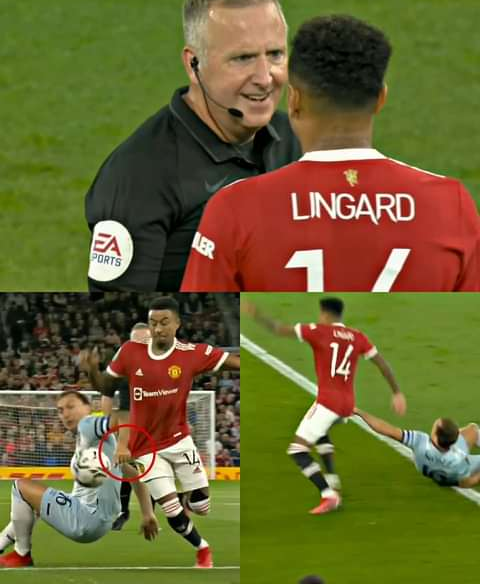 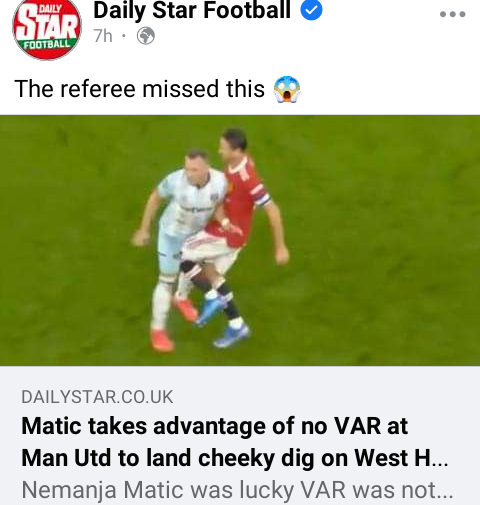 6: Mouriho Set to Pounce on Man United Star As Ronaldo is ranked the highest earning star

Jose Mourinho are intrested to sign Manchester United right back Diogo Dalot next summer according to Daily Mail Sport Reports. Diogo Dalot impressed for Manchester United in both UEFA Champions League and EFL Carabao Cup this season as he is quickly forcing his way back to Solskjaer starting xi squad afyer being displaced by Wan Bissaka two seasons ago. Manchester United forward Cristian Ronaldo has leap frogged Lionel Messi as the highest earning footballer according to Forbes as he currently earning £92 Million at Old Trafford. 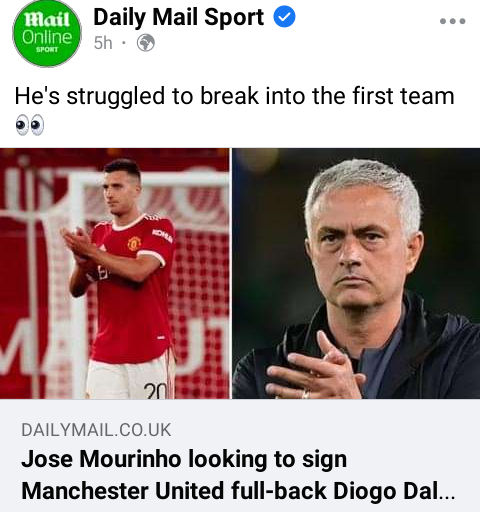 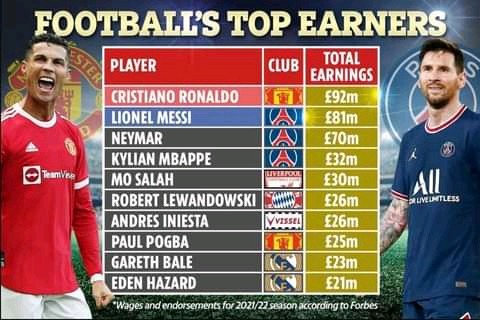