By Ooliskia_Wapi (self media writer) | 6 months ago 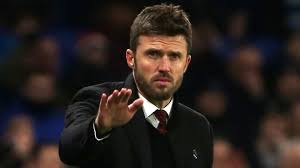 Michael Carrick’s three match tenure as Manchester United caretaker manager ended with a 3-2 win over Arsenal and the 40-year-old announcing he had left the club after 15 years due, partly due to “loyalty” to Ole Gunnar Solskjær, who was sacked last month.

The decision was announced immediately after the match and the players had no idea it was coming as he delivered the news in the dressing room at full-time.

Carrick cited as his reasons for departing United are the arrival of Ralf Rangnick, the interim manager and his feelings toward Solskjær, whom he worked under as a coach. According to him, It's 100 per cent his decision has he owes Ole an awful lot.

Rangnick tried to persuade him to join his coaching staff over an hour-long phone call but he couldn't stop him from walking away from the club he had spent the last 15 years at.

Even If You Kill Me I Will Not Leave Ruto: Listen To What Didmus Barasa Told Deep State In Nandi