Chelsea finally got their sweet revenge on Leicester City after the Foxes beat them to win the FA Cup on Saturday.

The blues have now leapfrogged Brendan Rodgers side to take up position 3 cementing their chances of finish in the top four and qualifying for the Champions League next season.

Of course Chelsea can get a direct ticket into the competition if they beat Manchester City on May 29 but what matters now is that they have just about got the job done. What was an absorbing game at Stamford Bridge in front of the returning 10,000 Chelsea fans ended in a 2-1 win for Tuchel who said after the match that it is yet not time to celebrate as they still have two important games left to play.

Having watched the game, Chelsea fans were full of praise towards one star player that is defender Antonio Rudiger for another superb performance. Rudiger who opened the scoring from a corner kick did not put a foot wrong on the game and was also acting as a leader for Chelsea when Leicester players started loosing their cool deep into added time he was there to defend his teammates.

Below are some reactions from fans;

Cfc mod: Antonio Rudiger is a warrior, can’t believe I ever doubted him as a person, I love him man.

Absolute Chelsea: He's had his critics, plenty of them. But the way Antonio Rudiger has responded on the pitch with his performances has been outstanding. Deserves huge plaudits! 👏 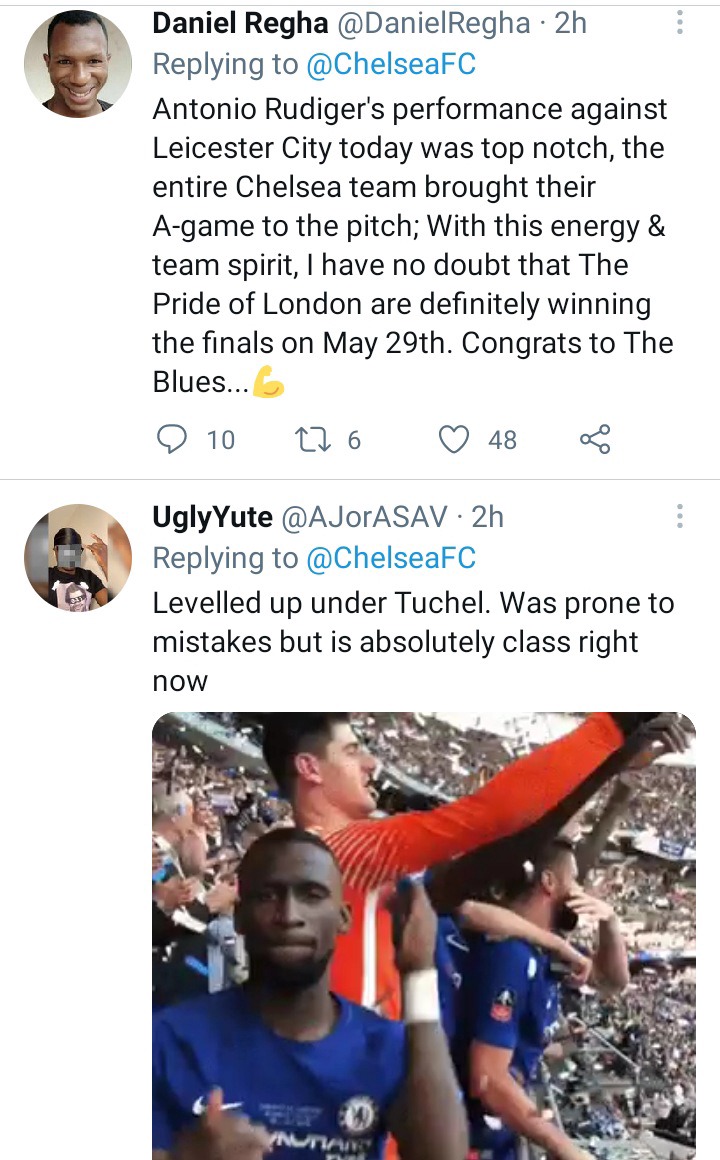 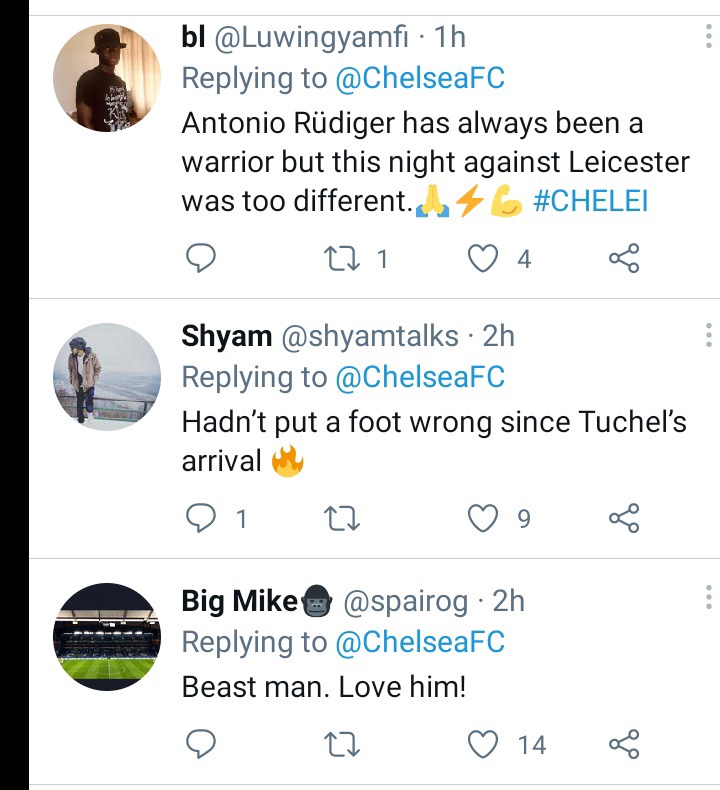 Armani: Antonio Rudiger has proved me completely wrong. I can’t believe the contrast from earlier in the season. The shithousery, ball playing ability, runs and mask. I’m in shock with the World Class performances he’s been putting in under Tuchel. I hold my L with grace & decorum.

Meet The First Man To Print The Bible In English Version