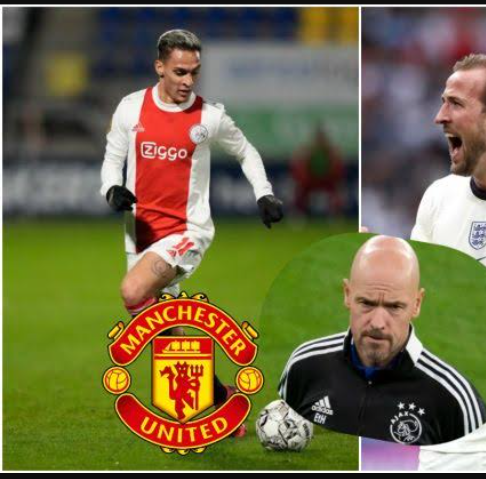 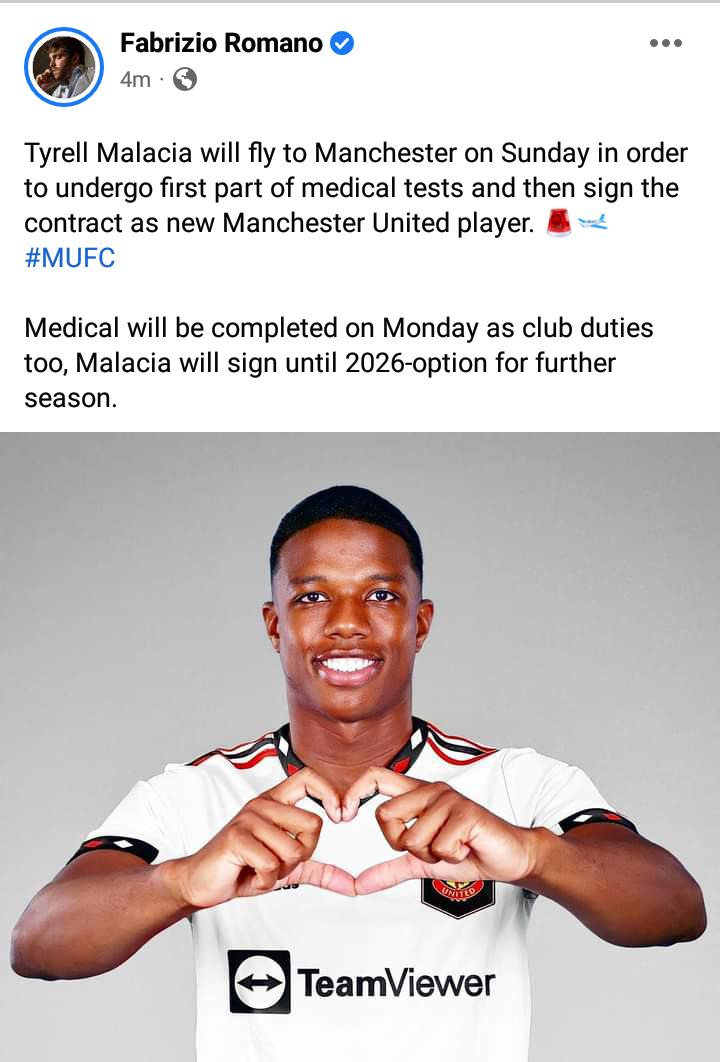 Tyrell was in strong form at his former club Feyenoord making 50 appearances and scoring two goals with five assists,we expect to see more on him under the hands of Ten Hag. 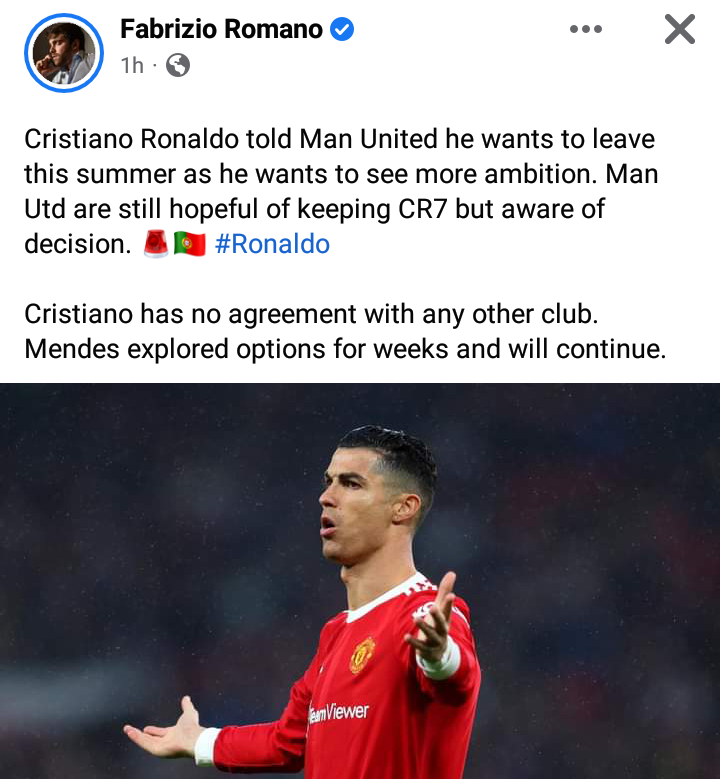 After his move to Old Trafford from Juventus,Christiano Ronald has not won a single club with Manchester united hence they didn't managed to book a chance on champions league come next season,due to that,Ronald is looking to leave the club if advanced bid will be submitted for him,we hope,Manchester united will keep him.