EPL Team Of The Week As Lingard And Lacazette Star Most of the games for the current gameweek have already been played.The clashes started on Friday night with Fulham facing Wolverhampton.Yesterday ManU won against Tottenham as Arsenal also won against Sheffield.

My team of the week consists of players who shone in the past gameweek.This is according to stats regarding strikers, midfielders,defenders and goalkeepers. 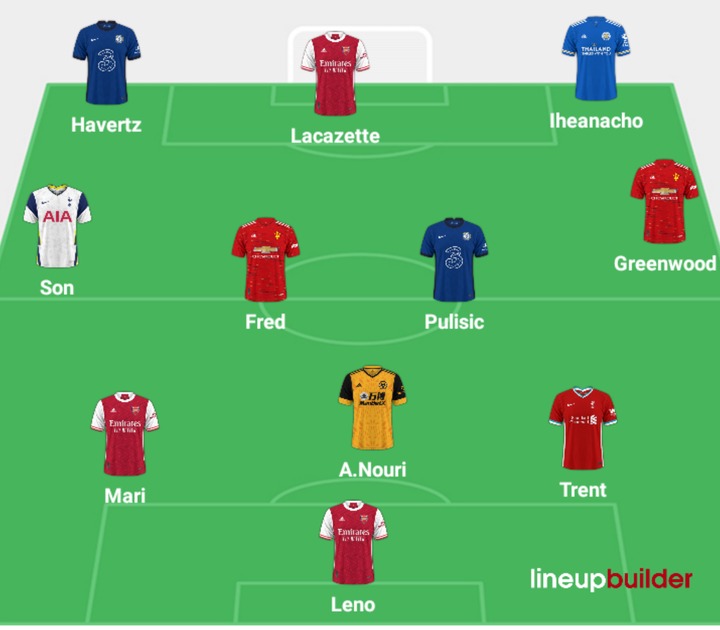 Kai Havertz forms my team of the week after providing a goal and an assist against Crystal Palace in the Saturday fixture.Kai played as a false nine all the same.Christian Pulisic played and scored two goals zone from a Havertz assist.

Kelechi Iheanacho scored two goals deaoite his side falling to Westham after Jesse Lingard scored the two goals.Mason Greenwood provided a goal and an assist in the Tottenham match.

I'd pick Fred at the defensive midfield after he scored a goal which is uncommon with most players in his position.Son Heung also scored a goal against ManUnited.